WHY I SUPPORT TED CRUZ

DISCLAIMER: I never have met Ted Cruz or been in contact with anyone connected with his campaign. I would be amazed if he knows I exist. I write this as a citizen appalled at what has been and is being done to his country—due in no small measure to the lack of an opposition party worthy of the name.

An old question presented to beginning philosophy students is this: If a tree falls in an empty forest, does it make a sound? Very late on a Friday night last December, Ted Cruz gave, in my judgment, one of the greatest, most honest and most courageous addresses ever delivered on the floor of the United States Senate. It is nothing less than a tragedy for everything America is—or was—that very few are aware of this magnificent speech. It is long overdue for this great tree to make a thunderous sound.

It is especially overdue now because the field of candidates for the 2016 Republican presidential nomination has grown ridiculously, confusingly—and dangerously—large. There will always be wishful thinkers such as the Wall Street Journal’s Daniel Henninger, who promises that it is “more likely the best, fittest candidate will emerge.” Like 2008? Like 2012? In both these years, the nominee was a weak candidate representing the Establishment rather than the mainstream of his party. The best explanation is that conservatives divided their votes among potential nominees. I write now in the hope that grassroots conservatives will come to realize that they should unite behind the one unmistakably true conservative in the race. Others include RINO pretenders, egotistical publicity seekers (e.g., Trump) and, sadly, those who can’t let go of the spotlight despite past losses (Rick Perry and erstwhile Arlen Specter supporter Rick Santorum).

Although I have devoted most of my writing to capital punishment, as well as lawless and unconstitutional decisions by the U.S. Supreme Court, I recently have been diverted from that endeavor by the appalling fact that two unmistakably clear election mandates—2010 and 2014—have been contemptuously disregarded by lawmakers elected because they promised to carry out those mandates. As [mc_name name=’Sen. Ted Cruz (R-TX)’ chamber=’senate’ mcid=’C001098′ ] sorrowfully observed, “anyone watching Congress right now would have little reason to think that an historic election occurred only a few weeks ago.” (Print, S6764a; Video.)

I have become more convinced than ever of the late Jude Wanniski’s wisdom expressed two decades ago: “democracy cannot work” if those elected do not keep most of their campaign promises. Although it is considered “sophisticated” to wink at campaign lying because, supposedly, everybody-does-it, this is much more intolerable for conservatives than liberals. Ours is basically a conservative country governed by those on the left against the will of the people; so outside of leftist strongholds such as New York and California, elections are won by promising conservative policies.

2016 will probably be the last chance for conservatives. A major presidential candidate now promises to terminate free speech for conservatives, and, just last year, 48 leftist senators sought to amend the heretofore sacred First Amendment to do just that. The once-great Democrat Party has declared war on freedom. Even without an amendment, IRS thugs have suppressed conservative speech to corruptly aid the Obama re-election.

It is more important than ever for conservatives to unite behind a candidate who is both courageous and sincere. It is, of course, a truism that there are no guarantees in life. But here is another truism: “fool me once shame on you, fool me twice, shame on me.”

The one certainty about 2016 is that conservatives will surely be double-crossed if they fall for the siren song of a candidate who already has betrayed them on a major issue or who has flip-flopped, probably for campaign purposes. These include, but are not confined to, [mc_name name=’Sen. Marco Rubio (R-FL)’ chamber=’senate’ mcid=’R000595′ ]  and Scott Walker. Ted Cruz is the one candidate who is demonstrably both a “conviction politician” and courageous. Liberal Juan Williams calls Cruz the “only consistent Republican candidate,” unsurprisingly paying homage to rigid leftist orthodoxy by belittling this consistency as “rigid adherence to conservative orthodoxy.”

For me, the defining moment came December 12, 2014, just prior to the RINO senate surrender on the infamous lame duck $1.1 trillion “Cromnibus” bill, largely unread by those who voted to enact it.  As always, unbearably interminable TV commercials left me no alternative but see what was on CSpan. I never went back to what I was watching because I found Ted Cruz just beginning his riveting address. Although, as noted, few know about this address, in my judgment, anyone who considers himself or herself a true conservative must watch or read it. (Who knows how soon anti-free speech leftist fanatics will succeed in removing this speech from YouTube?  Thankfully, they can’t rip it out of the Congressional Record.)

Five aspects of this Cruz classic are especially noteworthy.

FIRST, it was clearly from the heart. It was flawless, eloquent and, above all, not seeking votes from a campaign audience but delivered late on a Friday night to an almost empty Senate chamber, and thus seen and heard by few. Cruz had nothing to gain and had to know he would be even more vilified and despised by the legislators he exposed as corrupt, wimps or both.

Second, on full view, it could be seen why his colleagues so despise him. Oh yes, he has been accused of being counterproductive and strategically destructive to the conservative cause. But the real reason he is the target of so much venom is that he dares both to tell the truth about his dishonest colleagues and also boldly acts to make it harder for them to lie to repeatedly betrayed conservative constituents.

What Cruz did that night was not only courageous but extraordinary in its rarity, not to mention contrary to the spirit if not letter of Senate Rule XIX:

No Senator in debate shall, directly or indirectly, by any form of words impute to another Senator or to other Senators any conduct or motive unworthy or unbecoming a Senator.

Nevertheless, on the floor of the United States Senate, Cruz told the truth (S6764a, 6765a): many of his fellow legislators, Representatives as well as Senators, Republicans as well as Democrats, were voting for the Cromnibus bill to “pay off” lobbyists who were paying them off to be paid off (1:48;11:05). Of course, there was nothing “indirect” about this. Cruz flat out labeled his colleagues “profoundly corrupt [17:58].”

Again, this just is not done!

Tellingly, in courts, truth is the first defense against lawsuits for libel and slander; in the United States Senate, Rule XIX, on its face, prohibits revealing the truth about senators’ unworthy or unbecoming conduct.

In sum, what really makes Cruz so hated and called “extremist” and “rigid” is that he dared and dares to tell the truth. Every true conservative should read or listen to his eloquent—and rare—presentation of truth on the floor of the staid United States Senate.

Every Senator in this body should be put on record whether he or she believes it is constitutional for a President to disregard—to ignore—Federal immigration laws, and grant blanket amnesty to millions in defiance of both the laws on the books and the voters.

Accordingly, Cruz raised a point of order (S6767b; 35:21) against the Cromnibus bill: that it was unconstitutional. Without delving into the minutiae of senate procedure, this required both an immediate roll call vote and forced senators to go on record.

The last thing senators wanted to do was to go on record. Going on record means that they cannot so easily lie to their constituents. In this case, they would no longer be able to claim to oppose unconstitutional amnesty for alien law-breaking while, actually, supporting it. Of course, constituents do not read the Congressional Record. But plenty of political opponents do and now they have documentation in their campaign arsenal should they care to use it.

FOURTH, a particularly painful truth told by Cruz was that Congress had (and has) the power to stop President Obama’s unconstitutional and lawless actions in their tracks. RINO wimps prefer to break their promises with the Big Lie that they really, really did try but that they have no power to do anything. Well, here’s how Cruz exposed that lie (S6765b; 10:01):

When the President embraces the tactics of a monarch … [t]he Congress representing … the people who just spoke resoundingly in an election should use every constitutional tool available to prevent the President from subverting the rule of law.

When the President usurps the legislative powers and defies the limits of his authority, it becomes all the more imperative for Congress to … use those powers given to it by the Constitution to counter a lawless executive branch… If the President will not respect the people, Congress must.

Can any words be more repulsive to dishonest RINO wimps? Is it any wonder that they despise Cruz?

FIFTH, possibly Cruz’s worst offense was that he spoiled [mc_name name=’Sen. Kelly Ayotte (R-NH)’ chamber=’senate’ mcid=’A000368′ ]’s weekend. She and other senators whined that their weekends were spoiled by having to vote. That’s right, the nation is, in Cruz’s words, facing a “train wreck” and these senators consider their weekends more important. Of course, Ayotte, in particular, a RINO pretending to be conservative, had longstanding animus toward Cruz.

In two successive elections, conservatives have elected wimps and liars. By contrast, Ted Cruz, refreshingly, has demonstrated exceedingly rare courage. And he dares to tell the truth, also exceedingly rare.

To repeat, there are no guarantees in life. But Ted Cruz is as close as conservatives can expect. 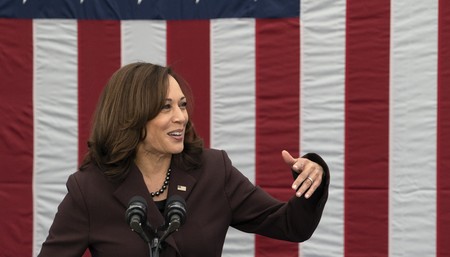