The SEIU Wants Its Members to Be Politically Active: Unless they're conservative, that is.

The Service Employees International Union has become infamous as the progressive union that has backed the notoriously corrupt organization ACORN, taken Alinsky-style radicalism and transformed it into a science, as well as led the fight to nationalize health care. 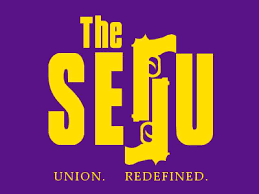 Nevertheless, as a union, there is a line that may have been crossed in Oregon where it seems that the SEIU is unabashedly discriminating against one of its own members who is running as a conservative for State Senate:

SEIU is having a picnic on Sept. 6th and did not invite as a Candidate a 20+ year SEIU Member in good standing – Mike Forest. Mr. Forest is a candidate for state senate in dist. #11. Mr. Forest is an Employee of the State of Oregon in the Financial Services Division at Oregon Department of Agriculture. Mr. Forest has not been endorsed and has not received a campaign contribution from his own Union. Mr. Forest does not recall ever being asked to receive either from his Union.  However Peter Courtney, who is not a member of SEIU, is invited as a Candidate. This further magnifies the question, is SEIU a Labor Union or a Political Union? [Emphasis added.]

Why is the SEIU discriminating against its own member running for political office? Very simply, because Mr. Forest is, according to his campaign website, a “fiscal conservative.”  Further, in seeming conflict with the SEIU’s goals, Mr. Forest pledges to:

As all of these are things that, based on the SEIU’s track record, the union is against, it seems rather obvious that the SEIU would not want Mr. Forest to be elected.

However, Mr. Forest since the people who are running the SEIU’s picnic are presumably members, as is Mr. Forest, it is interesting to note that the SEIU’s own constitution [in PDF] states that:

While political affiliation is not listed out in the SEIU’s list of discriminatory practices it will not allow, using the union dues of members, including the dues of Mr. Forest, to discriminate against him by not affording him the same opportunities as his opponent is reprehensible.

As a conservative, Mr. Forest’s campaign is antipathy to the SEIU and its “progressive” ideology.  However, at a minimum, Mr. Forest should be afforded the same rights as his SEIU-backed opponent (who is not even a member).

The SEIU local that Mr. Forest belongs to (local 503) raked in nearly $21 million from its members last year and spent $1.8 million on ‘political activities and lobbying,’ the SEIU’s war chest is significantly larger than Mr. Forest’s.  However, you can help Mike Forest by going to his website.  He could use the help.