* Yeah, the long title was necessary… 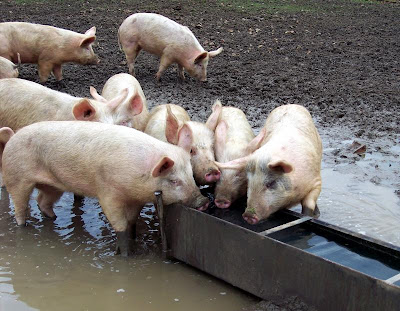 It’s one thing for newly-coronated SEIU boss Mary Kay Henry to feign shock, getting her purple-shirted cronies upset by showing a Saturday Night Live skit [below] that mocks public-sector workers but, then again, if the hoof fits…

More to the point, while taxpayers are rightfully angry at having to foot the bill for overpaid-unionized government workers (especially as Democrats just passed another $26 billion union bailout), the indignation is even more justified when a union boss tries to explain it away by claiming the government workers are smarter than their counterparts in the private sector.

At a time when workers’ pay and benefits have stagnated, federal employees’ average compensation has grown to more than double what private sector workers earn, a USA TODAY analysis finds.

Federal workers have been awarded bigger average pay and benefit increases than private employees for nine years in a row. The compensation gap between federal and private workers has doubled in the past decade.

Federal civil servants earned average pay and benefits of $123,049 in 2009 while private workers made $61,051 in total compensation, according to the Bureau of Economic Analysis. The data are the latest available.

Public employee unions say the compensation gap reflects the increasingly high level of skill and education required for most federal jobs and the government contracting out lower-paid jobs to the private sector in recent years.

“The data are not useful for a direct public-private pay comparison,” says Colleen Kelley, president of the National Treasury Employees Union.

[Nothing to see here, citizen.  Move along, now. Move along.]

So, while union astro-turfers are out there protesting in the towns and cities that are saying “we can’t afford you anymore,” the union bosses are trying to justify their bankrupting of America by claiming that union workers are smarter?

Now, that just doesn’t seem smart at all.