Why the Arkansas Runoff is Important

By LaborUnionReport | Jun 10, 2010 1:46 AM ET
Share Tweet
Share
Tweet
Union bosses suffered a seeming setback on Tuesday as Arkansas voters rejected the union attempt to make an example out of Blanche Lincoln.  But the setback is not all that it seems.

The Black Sheep Survives the Slaughterhouse
From the beginning, Tuesday’s Arkansas Showdown was really more about the national Democratic Party and who owns it  than it was about Blanche Lincoln.  Blanche Lincoln was merely the sacrificial lamb who didn’t toe the line for union bosses and, therefore, whose throat needed to be slit to ensure that all the other Democratic sheep would fall back into line. 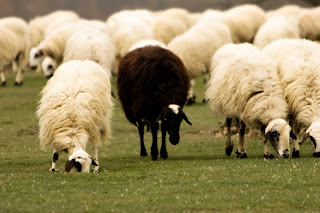 It was a union plan hatched long before Blanche bucked the union bosses.  In fact, in 2008, the SEIU announced that it had set aside $10 million of its members’ money to “unelect” politicians who did not toe the labor line.  Blanche Lincoln was the first major test case.

While the effort failed in Arkansas, the message to the rest of the Democratic establishment is simple and clear:  We bought you. We own you. You buck us. We destroy you.

Unions work to tighten their noose on Democrats’ necks.
Notwithstanding the fact that neither the American people nor the media would stand for a corporation or group of corporations engaging in such blatant extortionate tactics, union bosses used their members’ money to make an example of Blanche Lincoln.

Although it failed in Arkansas, the fact that is, Arkansas is a Right-to-Work state and has a low number of union members compared to Forced Unionization states.  This means unions had an uphill battle to begin with.  The fact that unions wasted of $10 million of members’ money to send a message to all Democrats is the more important point.

Union bosses believe that, since they bought the Democratic Party, they own it and, therefore, Democrat politicians must obey their union masters or face the assault that Blanche Lincoln barely staved off.

The Faux-Family Feud
While the media is playing up the faux-rift between the White House and union bosses, the real story is that Labor is not licking its wounds.

Labor leaders were incensed by an undisclosed White House official’s assertion to POLITICO Tuesday night that the unions’ support of Halter amounted to “flushing $10 million” of their members’ money down the toilet on “a pointless exercise.”

“If even half that total had been well-targeted and applied in key House races across this country, that could have made a real difference in November,” the official said.

To the contrary, union bosses are pleased with the fact that they almost took Lincoln down:

…[U]nion leaders insisted Wednesday that forcing Lincoln into a runoff and coming within a few thousand votes of unseating her had achieved their goal — getting other wayward Democrats to think twice before crossing labor.

“If working families were able to accomplish this in Arkansas, imagine what they can achieve in other states,” said AFL-CIO president Richard Trumka.

Union officials were unified in praising the outcome as a strong warning to Democratic incumbents like Lincoln who have taken labor’s money and utterly defied them when it comes to votes. They are tired of the argument that Republicans would be even worse, so labor should tolerate the lesser of two evils.

“It’s been well worth it,” said American Federation of State, County and Municipal Employees president Gerald McEntee. “We’ve gotten more publicity and been talked about in terms of powerful labor more than I’ve heard in the last 20 years.”

While Blanche Lincoln survived the unions and will likely fall in November, the union bosses succeeded in sending the message to the rest of the Democrat politicians who might be considering having a view independent of union bosses:  Don’t even think about it.

For those that do not want to fall under the jackboots of today’s union bosses, the message is also clear:

In order to overcome the assault that unions are going to engage in leading up to November, Americans will need to be better organized, more strongly motivated, and, most important, they need to get out and vote.