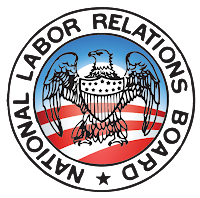 This is rich, too rich…

On the SEIU’s Craig “Demon Pass” Becker’s potential conflicts of interest, the battle is beginning.

From the Wall Street Journal:

No sooner did President Barack Obama exercise his recess-appointment powers to put labor lawyer Craig Becker into a seat at the National Labor Relations Board than a group that has challenged unions said it will ask Becker to recuse himself from 12 pending cases before the board.

The National Right to Work Legal Defense Foundation said Becker, who has served as counsel for the Service Employees International Union and the AFL-CIO, should not hear cases in which the foundation is providing legal aid to workers, because Becker directly opposed the group while serving as counsel for the SEIU and because his prior writings demonstrate a bias against the group.

“We just don’t think he’s going to be able to impartially adjudicate cases involving the Foundation’s attorneys,” said Nick Cote, a spokesman for the group. He cited several writings, including a 2005 article that Becker co-wrote in the Berkeley Journal of Employment and Labor Law in which the foundation is referred to as “funded by the most anti-union fringe of the employer community.” [Emphasis added.]

Given that Becker worked for the SEIU and the AFL-CIO (a federation that consists of 57-individual unions), as well as the fact that Becker is the only known NLRB member to have gone straight from union hack advocate to the NLRB, we are hard-pressed to see where there is not a conflict of interest involving any case that has one of his union bosses as a party.