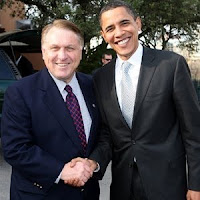 A day after indictments were served on Colombo crime family associates who were embezzling from a Teamsters pension fund, the president of the union, James P. Hoffa (son of legendary Teamster boss Jimmy Hoffa), was taking aim at Tea Party activists, claiming activists are ‘misdirected’ and being ‘manipulated.’

When I listen to the Tea Party tax protesters, I hear that they’re mad as hell. They’re angry about deficit spending, and they believe that government is undermining free enterprise for the benefit of international elites.

But where were they just 18 months ago? These trends were all developing during the George W. Bush years. What suddenly sent the Tea Party protesters to town hall meetings last summer and to Washington in the fall?

Protesters blame “big government” for their woes, but their anger is misdirected. It’s the big conglomerates that are fleecing them. The fact is that institutional power has moved away from government to Wall Street and large corporations.

Some of the Tea Party protests are quietly funded by right-wing groups that in turn are financed by large energy and banking conglomerates. These corporate giants have no loyalty to America and no sense of public purpose. The Tea Party protesters are being manipulated by the very same conglomerates that are causing their problems.

You can read the rest of Hoffa’s opinion here.

Nowhere is there mention of the mob that is ‘fleecing’ his members.
——————–