By LaborUnionReport | Mar 05, 2010 5:37 PM ET
Share Tweet
Share
Tweet
“Turnspeak is a cognitive technique of propaganda. The turnspeak practitioner attacks an adversary. Then they turn it around and claim that the party being attacked was the attacker. Because the truth is the exact opposite of the information being disseminated it is psychologically difficult to counter and leads to confusion.” 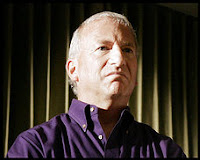 On Wednesday, as the AFL-CIO bosses were meeting down in Disney World, deciding how to spend their members’ money and whooping it up with Joe Biden and Hilda Solis, Barack Obama’s best buddy, SEIU’s top-boss Andy Stern (the White House’s most influential visitor), did an interview with Cornell University’s Daily Sun.

When asked why he thought the unionization rate in America has fallen over the last several decades, after correctly pointing out that unionized jobs have been outsourced more than non-union, he predictably blamed weak labor laws, courts and employers.

…The private sector has decided that they want to give people a communist choice, which is no union. That’s all they really want on their ballot, and anyone who really tries to buck the domination and tyranny of the employer will pay a price.

As a follow-up to the Sun’s question: What do you mean by a communist choice?  Stern replied:

I’m just saying that in the communist countries when they have elections, there’s really only one choice. What employers want is to make it very clear there’s only one choice as far as they’re concerned, which is no union.

Other than this being a fascinatingly-hypocritical comment, Stern is also misrepresenting the truth.

According to the National Labor Relations Board, the agency that conducts (for now) secret-ballot elections, unions won nearly 68% of all new representation elections in the last six months of FY 2009 and more than 65% in the first half of FY 2009.

Apparently, unlike you, Mr. Stern, the “communists” of the private sector are doing a really bad job being the totalitarian thugs you say they are.

But, perhaps, Mr. Stern is merely giving us a lesson at Turnspeak?

If you can bear it, comrades, you can read the rest of Stern’s interview here.
——————
“I bring reason to your ears, and, in language as plain as ABC, hold up truth to your eyes.” Thomas Paine, December 23, 1776

The MLB's Unforced Error Could Be Georgia's Walk Off Homerun
Townhall
'Ethnic studies' teacher training session warns them to be extra careful 'now that we're in people's homes' and parents might see it
Twitchy
Gaetz Turns it Around on CNN Journo After Network Exec Says Their Coverage of Him is "Propaganda"
Redstate
The Morning Briefing: Project Veritas Confirms CNN Is a Cesspool of Biased Lies
PJ Media