The AFL-CIO has Unveiled Its 2010 Mid-Term Battle Plans... 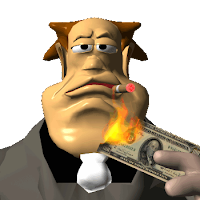 If you live in California, New York, Illinois, Nevada, Ohio and Pennsylvania, you may want to read this, then turn on your TIVO and bolt your door.

Here’s why: Your state has become a “must-hold” state for the bosses at the AFL-CIO, which means you will be inundated with ads, home visits, robocalls, and ‘fly-ins’ from all sorts of Democrat dignitaries (likely to include the Big Guy himself).

The Executive Council of the American Federation of Labor-Congress of Industrial Organizations (AFL-CIO), who are meeting in Florida this week, have decided to spend even more of their members’ money than they did in 2008 on the upcoming mid-term elections.

The AFL-CIO plans to roll out its biggest political campaign ever, surpassing the $53 million spent in 2008 to help elect President Barack Obama, to try to avert a repeat of the 1994 midterm election when Democrats lost a majority in Congress.

In its political campaign, the AFL-CIO is focusing its efforts on a “firewall” of six states with key congressional elections and where union voters make up a relatively high proportion of the electorate: California, New York, Illinois, Nevada, Ohio and Pennsylvania.

On Tuesday, the AFL-CIO said it would endorse Arkansas Lt. Gov. Bill Halter, who announced Monday he would challenge Sen. Blanche Lincoln. That will include millions of dollars in financial backing and thousands of members knocking on doors to get voters to polls. The Communications Workers of America, the Service Employees International Union and the American Federation of State, County and Municipal Employees have pledged $1 million each to support Mr. Halter. [Emphasis added.]

While we’re on the topic of “Bye Bye Blanche,” in what can only be viewed as “institutionalized thuggery,” the AFL-CIO has decided to make an example out of Blanche Lincoln:

AFL-CIO leaders said Tuesday their decision to oppose Arkansas Sen. Blanche Lincoln’s re-election bid should send a powerful message to other Democrats who fall out of step with unions.

Officials at the nation’s largest labor federation call the move part of a more aggressive posture to make sure labor’s support is not taken for granted.

“The time has come to draw a line in the sand,” said Gerald McEntee, president of the American Federation of State, County and Municipal Employees. “Regardless of your party affiliation, if you’re not with us, you are against us.”

Although it would have been much cheaper (there is a recession going on, after all), the thought of sending a dead fish to Ms. Lincoln apparently never crossed the union bosses’ minds.  Instead, the union bosses opted to throw a few million more of their members’ dollars away to make a point.

For more news & views on today’s unions, go to LaborUnionReport.com.