What Union Leaders Don't Want to Admit: Unions out of step with dynamic U.S. private sector 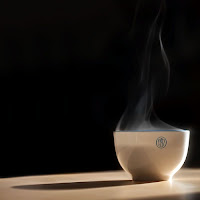 Following the posting of this elsewhere a couple of days ago, two of our readers’ comments prompted us to post this op-ed on the decline of unions.

As one of the readers stated: “Every Union officer/leader should read this article…and smell the coffee.”

Since we know that some unionists dutifully visit LaborUnionReport, we hope their olfactory senses can pick up the scent of what has caused the unions’ decline:

The story spun by labor leaders is that foreign competition has caused manufacturing and other, more unionized sectors of the economy to shrink, shifting the weight of our economy to less-unionized service sectors.

The reality is more sobering for the union movement. The decline in union density in the United States has not been driven by a shift of employment from unionized sectors to non-unionized sectors, but by a broad economy-wide decline of unionization across sectors and regions. Private-sector unionization rates have fallen in virtually every manufacturing sector and most service sectors in the past three decades and across all regions of the country.

The weight of evidence indicates that, for most firms in most sectors, unionization leaves companies less able to compete successfully. The core problem is that unions cause compensation to rise faster than productivity, eroding profits while at the same time reducing the ability of firms to remain price-competitive. The result over time is that unionized firms have tended to lose market share to nonunionized firms, in domestic as well as international markets.

After studying the effects of unions on company performance, Barry Hirsch of Georgia State University concluded that unions will typically raise labor costs to a firm by 15 percent to 20 percent, while delivering a negligible increase in productivity. As a result, “Unionization is associated with lower investment in physical and intangible capital and slower growth. The combination of a union tax and sluggish governance is proving debilitating in economic environments that are highly competitive and dynamic,” Mr. Hirsch wrote in a 2008 study.

Labor leaders, can you smell the coffee yet?