Are the leaders of the purple behemoth known as the Service Employees International Union (SEIU) opposed to America’s founding principles? Are America’s founders “extremists” to people like Andy Stern and Anna Burger?

When you start to add up the evidence, it certainly appears so.

The SEIU is the same union…

…that has now been discovered as one of the principle piggy banks behind a shadow group that has launched an anti-Tea Party website. 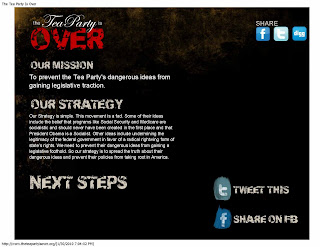 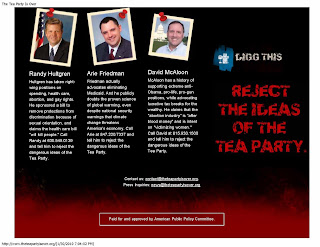 According to the site’s main page, the goals of SEIU’s front group are as follows:

Our Strategy is simple. This movement is a fad. Some of their ideas include the belief that programs like Social Security and Medicare are socialistic and should never have been created in the first place and that President Obama is a Socialist. Other ideas include undermining the legitimacy of the federal government in favor of a radical rightwing form of state’s rights. We need to prevent their dangerous ideas from gaining a legislative foothold. So our strategy is to spread the truth about their dangerous ideas and prevent their policies from taking root in America.

Dangerous ideas?  Those “dangerous ideas” are the many of the ideas upon which America was founded.  However, the SEIU apparently believes that the original Boston Tea Party was a dangerous idea as well.

With the SEIU’s history of promoting higher taxes while, at the same time, attacking those who believe in liberty and lower taxes, we wonder: Are the SEIU’s leaders that ashamed of America and its history that they would attack people with the same principles as the original founders?