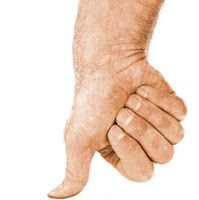 There they go again.  Big union bosses seem to have a penchant for putting their interests ahead of the larger community.
A couple of months ago, it was purple-shirted SEIU bosses picking on an eagle scout for volunteering his time to clear a pathway.  Now, the union bosses at the American Federation of State, County and Municipal Employees union (AFSCME) want 86-year old Warren Eschenbach removed from being a volunteer crossing guard at Riverside Elementary School.
Here’s the scoop:

Eighty-six-year-old Warren Eschenbach’s voice lifts when he talks about the kids who live on the northeast side of Wausau.
Eschenbach braves frigid temperatures, snow and rain to help Riverside Elementary School students get safely across the intersection of Maple Hill Road and Henry Street.

The Wausau School District last summer built a new area for parents to pick up their kids near the intersection. The added traffic from parents and increasing enrollment caused many neighbors to become concerned about kids crossing the street. That’s when Eschenbach met with the school and decided he wanted to help.

“I tell you, you can’t get away from these kids,” he said. “You tell them you’re going to be gone for a couple days, and they ask, ‘Will you be back?’ They don’t want you to go.”

But Eschenbach’s volunteer job helping the kids might be at risk. A local union representing city workers is challenging him, claiming he is doing a job that should be done by a paid city employee and undermining the American Federation of State, County, and Municipal Employees Local 1287. The city pays part-time crossing guards at 12 other intersections near schools.

AFSCME filed a grievance with the city in October, asking the city to get rid of Eschenbach and instead open the position to the union. That request was denied by the Police Department, Human Resources Department and finally, on Monday, the Human Resources Committee. If the union wants, it now can ask for an arbitrator to make a ruling on the grievance.

AFSCME’s local staff representative, John Spiegelhoff, said having a volunteer doing the job raises a lot of questions. He asked who is liable if the man is struck by a car, or if someone did background checks on Eschenbach.

Human Resources Specialist Ila Koss stated in the city’s denial that Eschenbach is a volunteer for the Wausau School District, not the city, and the city has nothing to do with his volunteering. Wausau Police Lt. Ben Bliven wrote a letter to the union in response to the grievance, saying that there is not a present need for a crossing guard at the school, and therefore the city wouldn’t fill the position. The school has never had a crossing guard, according to Principal Steve Miller.

Eschenbach is a retired Wausau Water Works employee and he also worked five years as a crossing guard at Franklin Elementary School, until about three years ago. The city provided him a vest and stop sign for his new job.

Miller said about 120 people volunteer at the school in the classroom, library and at recess, among other ways.

“He’s giving back to the community,” Miller said. “I don’t know how anyone can find fault in this.” [Emphasis added.]

We’re not sure how anyone can find fault in this either.

However, to unions like the SEIU and AFSCME, apparently giving back to the community is wrong…unless they’re collecting union dues.
Pathetic.
———————————–
“I bring reason to your ears, and, in language as plain as ABC, hold up truth to your eyes.” Thomas Paine December 23, 1776

Liberal Lawyer: Alec Baldwin Is Responsible for Movie Set Shooting. Here's Why.
Townhall
'Former Obama guy loses' his SH*T in thread about DeSantis 'PREPARING FOR A BREAK FROM THE FED GOVT.' for reactivating FL State Guard and ROFL
Twitchy
A Visibly Sick Joe Biden Blames Kissing His Grandson, Insults Everyone's Intelligence on the Economy
Redstate
Three Teens Who Escaped From Aussie COVID Camp All Have One Thing in Common, and It's Not the Virus
PJ Media