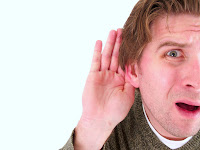 Thesaurus.com has synonyms for the word desperation, as follows:

An example of desperation via the Boston Globe:

Faced with the possibility that Republican Scott Brown could win tomorrow’s US Senate election, Democrats in Washington are discussing with great urgency how they could keep his vote from scuttling comprehensive health care legislation, President Obama’s top domestic priority.

Democrats have been counting on having all 60 members of their caucus on hand to pass the bill, which is the number needed under Senate rules to defeat a Republican filibuster. Without all 60 votes, Democratic leaders would still have a number of options for hustling a health bill through Congress.
None is certain to work, and all carry political risks.
One possibility is that the House could quickly pass the Senate version without changing it, and later, both chambers could pass fixes that reflect the evolving House-Senate compromise. This could be done using a special parliamentary procedure called “reconciliation,’’ which requires only a simple majority vote of 51 votes in the Senate.
Whether House Democrats who disliked the Senate bill can be persuaded to go along with that idea, remains in question. It would outrage Republicans and provoke the conservative grassroots. Antiabortion Democrats in the House oppose the Senate bill’s provisions on abortion coverage; liberals might prefer to ditch the Senate bill and start all over again; and moderates might balk at voting for any health care bill after what went on in Massachusetts.