After Biting Basha's Into Bankruptcy, Union Calls Off Attack Dogs 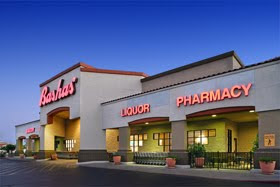 So much so, in fact, that the UFCW bosses’ approach to nonunion grocers has been, as former UFCW president Doug Dority declared, to: “…either reduce these chains’ market share … or we must put them out of business. There is no other option.”

Tom McNutt, another UFCW chieftain, also stated, “If we can’t organize [nonunion supermarkets], the best thing to do is to erode their business as much as possible.”

In Arizona, that ‘scorched earth’ mentality forced family-owned Basha’s supermarkets to file for bankruptcy in July. Before finally succumbing, the iconic Arizona grocer had endured four years of relentless and damaging UFCW attacks.

In July, the Arizona Republic noted:

The 1.4 million-member United Food and Commercial Workers International Union has conducted a years-long campaign to punish Bashas’ for daring to resist its efforts to unionize company workers.

The union manufactured a dubious “scandal” about baby food sold at Bashas’ stores. It launched a remorseless campaign, especially in predominantly Hispanic neighborhoods, to turn loyal Bashas’ customers away from the company.

It has organized rallies alleging, egregiously and falsely, that the Basha family is somehow anti-immigrant. It has spread baseless rumors about the cleanliness of Bashas’ warehouses. And it has conducted a leaflet campaign characterizing Bashas’ as a higher-cost supermarket than its competitors.

It would be one thing if any of the allegations against Bashas’ were proved. They are not. It would be another thing if the Bashas’ employees the union seeks to represent are underpaid compared with unionized workers elsewhere. They are not. Bashas’ workers actually make slightly more than local union-represented supermarket employees. [Emphasis added.]

Moreover, when Basha’s filed in July we pointed out that:

The problem was, the UFCW didn’t want the employees to vote on union representation through a secret-ballot, the UFCW wanted the Company to agree to “neutrality” and “card-check.” In essence, like a gang of rustlers trying to steal a rancher’s herd in the dead of night, the UFCW wanted the Bashas’ family to turn their employees over to the union without a fight. [Emphasis added.]

Yesterday, a truce was called between the UFCW and Basha’s, making way for Basha’s to emerge from bankruptcy:

According to court documents, both sides have agreed to call off negative informational campaigns against one another and settle a raft of lawsuits.

“All parties will terminate hostile public campaigns and the use of Websites supporting these campaigns,” the agreement reads.

Additionally, the union will suspend its efforts to organize the supermarket chain’s employees “for a period of time.”

The documents did not specify a time, but Phoenix labor lawyer Christopher Mason said six months to a year is typical.

Given the destruction that the United Food & Commerical Workers has caused to this well-regarded Arizona grocer, as well as the thousands of jobs it has cost Arizonans, “six months to a year” seems much too short.

“I bring reason to your ears, and, in language as plain as ABC, hold up truth to your eyes.” Thomas Paine December 23, 1776