As Union Bosses Spend Money, It's the Members Who Are Told to Pay 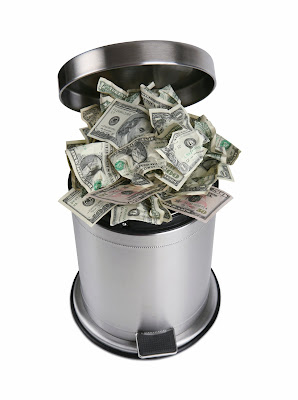 2008 was a good year for the bosses of Sheet Metal Workers Local 73 in Chicago.

In fact, according to reports on file with the U.S. Department of Labor, Local 73 took in $13.5 million in 2008. The problem is, however, the Local spent $13.9 million.
Now, as the union’s coffers run dry and union bosses in Washington are telling the Chicago local to build up a six-month reserve, the Chicago union bosses are doing what union bosses do well–raise the members’ dues…nearly 70 percent!
This isn’t sitting well with some members, according to the Chicago Union News.

“When times are tough and jobs are few and far between, I think squeezing your members for more money is ridiculous,” said SMW member Marc Noreuil in an email.

Others in the union called the raise “excessive” and “inconsiderate” for a local with 600 to 700 members unemployed. People were also surprised by the high amount because dues rose only about $35 the last time contracts were up, one worker said.

So where did all the money go?

Well, for starters (according to the DOL report) the union had its business to take care of.

And then, of course, there were the employees of the local union that were taken care of:

But, it doesn’t end there. The local also spent:

Perhaps, instead of taking more from their members (600 to 700 of whom are unemployed), the union bosses might cut back on their expenses like any other business would.