Did the UAW Just Kill Ford too? 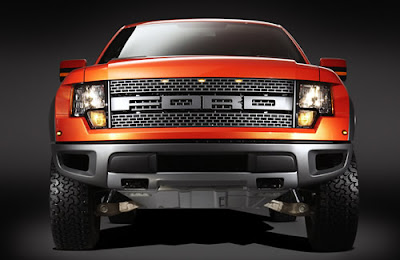 There is an old joke among Chevy owners:

FORD = Found On the Road Dead.
Well, this week, the once-mighty UAW may have just sealed Ford’s fate.
As most of America knows (or should know), through a tax-payer funded bailout and government-imposed bankruptcy, the Obama Administration gave General Motors and Chrysler shares to the United Auto Workers in exchange for debt owed to the UAW’s Voluntary Employee Benefits Association, or VEBA. In other words, the UAW is a major stakeholder in both GM and Chrysler.

Ford, on the other hand, did not become a recipient of taxpayer money and was not forced into bankruptcy by the Obama Administration. And, for this, it appears that Ford may ultimately pay a price (literally and figuratively).

You see, through its government-structured bankruptcy deals with GM and Chrysler, the UAW agreed to concessions, which included lower costs and a no strike guarantee through 2015.
Since a strike is a union’s only major weapon and since the Obama administration had convinced the UAW give up additional concessions and holster its strike weapon, both the lower costs and the labor peace has placed Ford in a huge competitive disadvantage. Not only is it left to contend with a higher-priced UAW contract, the UAW can strike Ford when its current contract expires in 2011.
Ford, as would any good business, recently sought to rectify GM and Chrysler’s cost and labor peace advantage by asking the UAW to modify its contract to level the playing field for Ford.
Two weeks ago, the UAW leadership agreed to modify its agreement with Ford.

“This agreement is another step in meeting the challenges of a very difficult time in the U.S. auto industry, and we look forward to presenting it to UAW Ford workers,” UAW President Ronald A. Gettelfinger said in a statement.

However, that’s when the trouble started.
Almost immediately, the UAW’s ‘solidarity’ broke as rank and file union members began to campaign to reject the agreement, prompting UAW honcho Ron Gettlefinger to grouse that local leaders were campaigning on misinformation.
As the days progressed over these last two weeks and the local vote tallys came in, it became clearer that the UAW rank-and-file members were rejecting the notion of bringing parity to Ford.
As the Wall Street Journal reported this morning:

Although some locals are still voting through Sunday, the United Auto Workers national leadership has accepted the defeat, said three union sources who asked not to be identified since they don’t officially speak for the UAW.

The leadership is now reviewing other options, these people said. UAW President Ron Gettelfinger told Dow Jones Newswires on Friday he will not continue bargaining or conduct a re-vote. Ford will now have to wait for any formal changes until 2011 when the current contract expires.

“I think the UAW failed its membership in adequately explaining how important it is for Ford to stay competitive with Chrysler and GM and how relatively minor these contract changes were,” said Brian Pannebecker, a Ford Sterling Heights, Mich. axle plant worker who voted for the concessions. The plant rejected the measure by almost 80%.

Now, with the government-backed GM and Chrysler having an economic advantage over Ford, the questions that emerge are: 1) Can Ford survive with its higher cost structure until 2011? 2) Will Ford, like GM and Chrysler, need a tax-payer financed auto bailout? and 3) Did the UAW just doom Ford to failure?
To learn more about the United Auto Workers, go here
Follow LaborUnionReport on Twitter.
Cross-posted on LaborUnionReport.
Share
Tweet
Tags: CHRYSLER GENERAL MOTORS RON GETTLEFINGER UAW UNITED AUTO WORKERS
Register Login to Comment
TRENDING