It's Time For Some Gun Facts

Factoid: I derive no benefit, directly or otherwise, from anyone reading this e-book or contributing to the author. I simply think it’s a good thing to do. 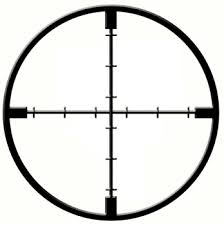 When I was a Teenage Moonbat™ in college — after having been a state champion marksman in high school — I was one of the people who fell for his own baloney, and I told a lot of lies about gun ownership in America to gullible people who had no idea what they were listening to. They were things I knew weren’t true, and they’re things I’m ashamed of ever having said. I said them nevertheless, because I was young and very, very callow. I can’t take those words back now (as much as I wish I could), but I can do something positive about them 15 years later.

It’s time for people in America, especially the fence-sitters, to have a little ammunition of their own when it comes to defending their 2nd Amendment rights against the argumentative broadsides of the gun-grabbers in this country.

The best way to get started is to download this compendium. At 94 pages long, it’s not something you’ll read at a glance, but it is meticulously researched and footnoted, and it will give anyone who supports the 2nd Amendment (and even those critical of it as guaranteeing an individual right) a lot to think about. It’s provided as a free electronic book in a variety of sizes and formats. It’s something that I wish I had been confronted with all those years ago:

INTRODUCTION: Gun Facts is a free e-book that debunks common myths about gun control. It is intended as a reference guide for journalists, activists, politicians, and other people interested in restoring honesty to the debate about guns, crime, and the 2nd Amendment.

You can visit the Gunfacts website by clicking here.

And here are the PDF versions of the document:

Debating the right to own firearms as vouchsafed by our Constitution in an anti-gun media world is pointless without the facts to back up your opinions. And even if you’ve never considered owning a firearm, the fact that it is your right to do so as an American citizen is the most important reason you should read this e-book. The spinners spin, the incrementalists will try to incrementalize, and the gun-grabbers will never be satisfied until they’ve taken everyone’s rights away from them. Don’t let them take that from you on the basis of misinformation: you owe it to yourself to be well-armed.