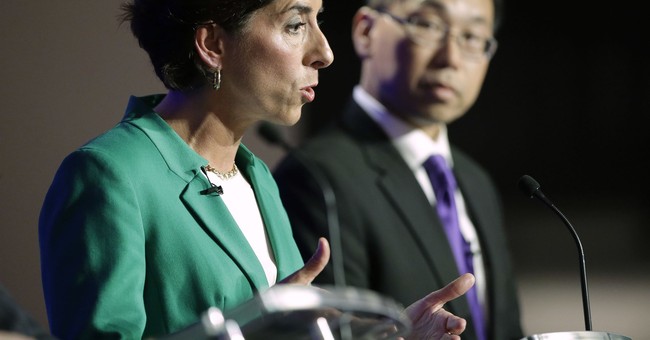 I have been critical of the illegal and unconstitutional actions some of our nation’s governors have taken during the COVID-19 crisis, and it seems as if things are getting worse. The title of this article? In English, it means “The Secret State Police will stop people with New York license plates.” Geheime Staatspolizei was more commonly referred to by the German acronym Gestapo. From CNN:

(CNN)Rhode Island’s governor said Friday that law enforcement officers will stop cars and knock on doors in coastal communities to identify people who’ve been to New York state, joining other states in restricting the movements of out-of-state visitors to slow the spread of coronavirus.

Kentucky’s governor says he is considering closing the border between Kentucky and Tennessee, and checkpoints have been set up in the Florida Keys to restrict access.

“Right now, we have a pinpointed risk that we need to address, and we need to be very serious and that risk is called New York City,” said Rhode Island Gov. Gina Raimondo at a news conference Friday.

Starting Saturday, Rhode Island law enforcement officers and the National Guard will be “going door-to-door” in coastal communities, asking people if they’ve been to New York and requesting their contact information, she said.

Police began monitoring highways at noon Friday and may pull over individuals with New York state license plates to ask the same questions, particularly on the base of the Newport Bridge, Raimondo said.

Governor Raimondo, whom the article doesn’t identify as a Democrat until much further down, stated that anyone in her state who has been to New York must self-quarantine for 14 days, and her new orders will “make sure law enforcement identifies individuals who should be following the self-quarantine order.” Will the Governor have armed guards posted outside their prison cells homes of those who might not comply, the way Governor Andy Beshear (NSDAP-KY) did? Violations of the order will result in a fine, and subsequent violations could result in prison sentences.

While the Governor may have the power to suspend some state laws and regulations to address this medical emergency, she cannot suspend the Constitution. Under the Fourth Amendment, having a New York state license plate simply does not, and cannot, constitute ‘probable cause’ to allow police to stop a car and interrogate the driver, no matter how laudable the goal of the stop may be.

Actually, Mr Brown was a bit too kind, continuing to say that Governor Raimondo has tried to “balance” the interests of the state with our civil rights. It doesn’t take much imagination to see how such could be read as “carefully balanc(ing) public health needs and the civil rights of citizens” by giving the state the power to simply sentence ‘known’ murderers and rapists to prison even if the state can’t quite make a case which would result in a conviction in criminal court. After all, wouldn’t getting those ‘known to police’ bad guys off the streets be such a compelling state interest that, heck, we don’t really need to get all tangled up in the bad guys’ civil rights?

Of course, it’s not just the Fourth Amendment being violated here. The Governor, like many Governors around the country, have assumed the power to deprive people of their liberty and their property without any semblance of due process of law — something guaranteed under the Fifth and Fourteenth Amendments — based on this public health emergency.

Governor Beshear is thinking about closing the border between Kentucky and Tennessee? Has he actually looked at the map, and seen that border? It’s long, 343 miles long, almost all of which is simply defined by the latitude line of 36:30º North rather than any natural boundaries of obstacles. Hundreds of highways, roads and paths cross the border between the Bluegrass and Volunteer states, and many families have members on both sides of 36:30. Interstate 75 runs north to south through Kentucky, on its path between the rust belt states all the way to Florida, and Governor Beshear thinks he can close that road?

In their oh-so-noble attempts to prevent the spread of the highly contagious coronavirus, several of our state governors are instead trying to kill the Constitution of the United States. Worse, it seems like 99.9% of the pubic are applauding this seizure of authoritarian power.
____________________________________
Please visit my Red State story archive for more of my articles.
My personal website, The First Street Journal, includes articles not necessarily in Red State’s paradigm.
You can follow me on Twitter.

Photographer Who Took Photos of Border Patrol's Horse Unit Takes a Sledgehammer to 'Whipping' Lie
Townhall
Maricopa County responds to Donald Trump and others on the Cyber Ninjas leaked audit report; Update
Twitchy
Did Matt Walsh Just Pull off the Most Epic Troll of the Year?
Redstate
It Gets Worse: Look Who Worked Together to Frame Donald Trump With Fake Russia Hoax
PJ Media