From The Wall Street Journal:

Gen. Kim Yong Chol was on his way to New York as part of preparations for a U.S.-North Korea summit

North Korean leader Kim Jong Un dispatched one of his top lieutenants to the U.S. as Washington and Pyongyang pressed ahead on denuclearization talks in hopes of reaching a deal.

Gen. Kim Yong Chol, often described as the North Korean leader’s right-hand man, was on his way to New York as part of preparations for a U.S.-North Korea summit, President Donald Trump tweeted Tuesday. Gen. Kim was seen arriving at Beijing’s main airport earlier in the day after a flight from Pyongyang, along with Choe Kang Il, a senior North Korean diplomat.

“We have put a great team together for our talks with North Korea,” Mr. Trump wrote. “Meetings are currently taking place concerning summit, and more.”

Negotiations between U.S. and North Korean officials were continuing. The U.S. has signaled it intends to extend its campaign of maximum sanction pressure on Pyongyang in the event that the two sides can’t reach an agreement on denuclearization.

Despite signs of progress, North Korea and the U.S. must overcome fundamental differences if a deal is to be reached—a reality underlined by Pyongyang’s latest verbal salvos.

On Tuesday, the North accused the U.S. of jeopardizing the climate of detente by continuing to schedule joint military exercises with South Korea, which Pyongyang regards as a rehearsal for a pre-emptive strike. The regime also castigated the Trump administration for suggesting that military options haven’t been ruled out.

“If the U.S. sincerely hopes for the talks, it should stop the acts of threatening its dialogue partner by force,” the North said in a commentary in state media.

There’s more at the original, and both sides have been talking tough, but one thing seems increasingly certain: President Trump has engaged in a winning diplomatic strategy. It was only last Thursday, May 24th, that Mr Trump cancelled the summit scheduled for June 12th in Singapore:

North Korea said it is still willing to meet with Mr. Trump. “We express our willingness to sit down face-to-face with the U.S. and resolve issues anytime and in any format,” Kim Kye Gwan, a senior North Korea foreign ministry official and a longtime interlocutor with the U.S. on nuclear issues, said in a statement published by the North’s official state media.

The conciliatory tone from Kim Kye Gwan, whose harsh words last week against national security adviser John Bolton darkened the tone between the two adversaries, was the North’s first direct response to Mr. Trump’s cancellation of the June 12 summit meeting in Singapore.

Mr. Trump considered pulling out of the summit late Wednesday night and then lamented his decision on Thursday as a “missed opportunity” while holding open the possibility that the summit could take place later.

The President cancels, and Pyongyang’s verbiage immediately turns conciliatory. And now the President has at least delayed additional sanctions aimed at North Korea:

U.S. puts off escalating sanctions on Pyongyang as talks to meet in Singapore in June continue

WASHINGTON—The U.S. decided to defer launching a major new sanctions push against North Korea, part of a flurry of weekend moves by both sides aimed at reviving a summit between President Donald Trump and North Korean leader Kim Jong Un.

The White House was prepared to announce the ramped-up sanctions regime Tuesday but decided Monday to indefinitely delay the measures while talks with North Korea about the summit proceed, a U.S. official said, citing progress in efforts to repair diplomatic relations between Washington and Pyongyang.

The Treasury Department had prepared a sanctions package aimed at nearly three dozen targets, including Russian and Chinese entities, according to two administration officials.

Talks between the U.S. and North Korean delegations were set to take place through Tuesday and could continue beyond that.

The U.S. signaled last week it would turn its attention to strengthening the sanctions regime should summit talks fail, but momentum toward a meeting between Mr. Trump and Mr. Kim grew over the weekend, as time ran short for preparation for a meeting, originally scheduled for June 12 in Singapore.

The former U.S. ambassador to Seoul, Sung Kim, met with senior North Korean official Choe Son Hui at the inter-Korean demilitarized zone on Monday to discuss the agenda of a prospective summit.

When you read all three of these stories from the Journal together, one thing becomes clear: while the summit meeting is a political coup for President Trump, bolstering his job performance and approval ratings, it is more necessary for Marshall Kim Jong-un than it is for Mr Trump. The President’s supporters won’t blame him if the summit doesn’t happen, and he can still impose sanctions later if the summit fails to produce an agreement. For Mr Kim, there has to be something that he wants, and wants badly enough that North Korea was able to respond with a conciliatory tone following the President’s cancellation of the meeting.

The author of The Art of the Deal is canny in one respect: he knows when he has the upper hand. Mr Kim’s past responses when he wanted to raise Cain was to test another ballistic missile or conduct another underground nuclear test. But with the disaster at North Korea’s nuclear development and testing site at Punggye-re, the ability of the Democratic People’s Republic of Korea to conduct those tests has been seriously compromised. I have previously noted that I love it when the only fat kid in North Korea wastes another missile shooting at an empty spot in the Pacific, and I love it when he wastes hard-to-produce weapons-grade fissile material blowing up empty holes in the ground. Every missile expended, every weapon tested, is something removed from the North Korean arsenal. With Punggye-ri mostly, if not totally destroyed, the DPRK’s ability to replace expended fissile material and build new warheads has been seriously compromised. Punggye-ri was not North Korea’s only nuclear research site, but it’s destruction was a critical blow to the DPRK’s weapons program.¹

Kim Jong-un needs help, and needs it badly. His country is an economic mess, his people have been battling malnutrition for years, the long-term policy of Juche, or internal self-reliance, has failed to meet the country’s most basic needs, and the heavy reliance on the military has been unproductive.  We’ve long known that the nation’s subjects outside of the capital were subsisting on barely more than grass and acorns, and that 41% of the population is undernourished, and the International Food Policy Research Institute has found that a quarter of North Korean children suffer from acute anemia and more than that show signs of stunted growth and that “compared to developing countries China and Mongolia, children are three times more likely to be developmentally challenged.” Oh Chong Song was a North Korean soldier stationed at the Demilitarized Zone, a high priority assignment, but he, when escaped, was found to be malnourished. Though rations for soldiers are meager enough, and corruption is rampant, soldiers along the sensitive DMV should be among the better fed.

Eventually, even brutal dictators like Mr Kim need the support of the people.  The continued poverty in North Korea, even among the soldiers who maintain the regime, when information about the prosperity among their ethnic brothers on the other side of the Demilitarized Zone is spreading — the North Korean athletes who traveled to the Olympic Winter Games in South Korea aren’t blind — has to lead to problems for the ruling class.  Marshall Kim has to see this, and seems to realize that he needs improved relations with the United States and South Korea.  He needs this summit, and some sort of positive agreement, more than does President Trump.  And Mr Trump is smart enough to see that.
_____________________________
Cross-posted on The First Street Journal.
_____________________________
¹ – It is notable that one of the DPRK’s nuclear scientists, a researcher in the physics center of the State Academy of Sciences in Pyongyang, attempted to escape from the country, and committed suicide after he was caught in China and returned home. One would think that such people would be among the best treated in the Hermit Kingdom, but if such a man was risking his life to try to flee, even best treatment isn’t very good. 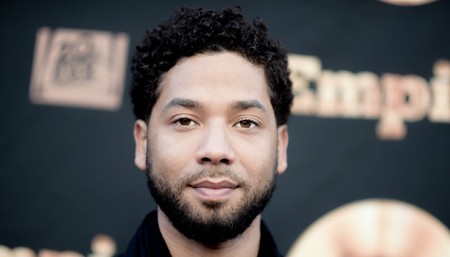