My Letter To The President

By Ken Taylor | Jun 21, 2009 1:28 PM ET
Share Tweet
Share
Tweet
I long ago reached a point of disgust with what has been taking place with the administration of Barack Obama. His policy, his apologies and his deconstruction of our Constitution have not only taken our country down a path that was never intended by our Founders, but the divide he has created among Americans is greater than at any time in our Nation since The Civil War.

Following is a letter that I have sent to Mr. Obama expressing my feelings and my disgust at the direction he is taking our Nation.

Throughout your campaign last year you stated that you were the candidate who would bring America together. That political bickering and differences had caused a great divide in our country and that only you and your plan for ,”change,” could achieve the uniting of those differences. Then you took office and in the first six months of you Administration not only is that divide greater than any time in our Nations history other than The Civil War, but your policy and agenda are taking us down a path that our Founders NEVER intended.

You took an Oath on January 20 which stated that with the help of God, you would, “preserve, protect and defend the Constitution of The United States.” Yet since taking that sacred Oath your every move has sought to deconstruct the very Constitution that you swore to protect. You say we are not a Christian Nation yet in that Oath you sought God invoking His name as a prayer for His assistance in keeping that Oath. Just as George Washington did making his prayer in the Christian belief that God would be by his side as President.

You claimed to admire and emulate Abraham Lincoln whose bible you used to take that Oath and who as President fought and died preserving not only the Constitution but the Union. Yet as soon as you removed your hand from his bible you began, by your policy and actions redesigning our Nation moving it away from what Lincoln called a, “government of the people, by the people and for the people,” into a Nation whose government will enslave the people through its abuse of and power over the people.

You once stated in an interview that the Constitution was, “a series of negative liberties,” that told what government could not do but not what it, “must do on our behalf.” First of all sir, since when is any liberty negative ? Liberty and freedom is the most positive force on Earth that man can embrace. When fully experienced liberty provides the truest form of freedom and that sir is NEVER negative.

Our Founders considered government as a limited power whose authority rests in the people. They created within our Constitution government constraints limiting the scope and power of that government in order to allow each citizen of our Nation to have the freedom to prosper and achieve according to our own abilities and initiative. Keeping government out of the way so that Americans could reach for the stars and achieve what has been called ,”The American Dream.”

You see this as a flaw in the Constitution because our founding document does not provide for what the government is required to do on our behalf. The Founders NEVER intended for government to move for us but to be out of our way so that we could strive and succeed without government intervention. Since you see this as a flaw you have moved to reconstruct the Constitution in your own vision of what it should be and in the process through your massive government expansion destroying the very liberty and freedom that our Founders envisioned through our Constitution.

I ask you, where in Article II which specifies what the powers of the Presidency encompass, are you as President given the authority to fire the CEO of any business ? Were are you given the authority to move in with the power of the federal government and purchase the majority stock in the former private businesses of GM and Chrysler.

Where are you given the authority to design the provision of the bankruptcy of these companies rather than the Judiciary which by law oversees bankruptcy proceedings, then through the bankruptcy dictate to bondholders what they will receive favoring the Unions who support you and by Executive edict dictate to these two companies what they can build, which dealerships can remain open and even how much advertising they can purchase. All the while claiming you don’t want to run a car company. Sir you have lied to the American people because you ARE running two car companies.

Where in Article II are you given the authority to create Czars for every issue that we face today ? In fact you have assigned more Czars that Russia had in its history. Each Czar having the authority given by you to create policy and dictate action without the consent of any other Branch of government answerable ONLY to you and with full authority to do whatever you believe should be done. Not one Czar was elected by the people and not one Czar is answerable TO the people.

The Tenth Amendment specifically states that ,”The powers not delegated to The United States by the Constitution, nor prohibited by the States, are reserved for the States respectively, or to the people.” Nothing could more clearly state that the Founders intended for the power and scope of the federal government to be limited. Yet you in your reconstruction of the Constitution are creating and expanding the government to an unprecedented size and scope. While spending more than all your predecessors combined and creating deficits that my great grand children must pay.

You are forcing upon the American people a government which will create a dependency which will all but eliminate personal achievement because government by your edict will provide for our every need. No matter what you call it, no matter what you claim when government seeks to control and provide for our very way of life we in this country will no longer be a free Republic but a Marxist/Socialist state where government controls everything, which obviously is your goal !

In your first six months you have visited many Nations as the representative of our Country. At every opportunity you have apologized for America and have stated that we are an arrogant people and that while you are President we will no longer be arrogant. Sir I am sick of you apologizing for me and my fellow Americans and for the thousands of Americans who have bled and died defending many of those countries that you apologized to.

Now you seek to give many of those who either sided with our personally assisted those who attacked us on 9/11 the same rights as those Americans killed on that devastating day. You bribe governments with millions of dollars to take prisoners who are then treated like celebrities in their new countries while we pay for their fun with our American tax dollars. Despite 82% of Americans wanting Guantanamo Bay to remain open you fight to close it to appease the ACLU and countries that would hate us whether Gitmo is open or not.

You seek to befriend dictators like Hugo Chavez and Mahmoud Ahmadinejad to create a constructive dialogue with Nations who will NEVER just talk, while all but ignoring millions of Iranians who are fighting in the street for the very freedom that we cherish in our country. As President of The United States you of all people should be praising the efforts and voicing support for their cause. Even our own Congress stepped in to show American support since you have chosen to remain silent.

We have waited for the Iranian people to rise against their tyranny since 1979 and now that they are you are silent. What they are doing is what America has always stood for, seeking for and embracing freedom and liberty!

Mr. Obama we have been a Nation whose stance for freedom and the liberty of personal achievement and success has been the very ideal that has drawn millions to America since our birth in 1776. It has caused this Nation to be the light of hope for millions throughout that history and millions today who respect and even love this Nation because of our freedom and our Constitution which limits government and provides by law the liberty to achieve without government dictates.

You seek to end this marvelous free history and instead create an American socialism which has government in control and the people dependent on that same government. You seek to create a weakened America who conforms to other governments wishes. Governments who actually look to us for leadership and not appeasement and weakness. Your vision of America is not the vision of Americans nor of the Founding Fathers who saw a free land as Lincoln put it, “of the people, by the people and for the people.”

Quit meddling with a Constitution that has succeeded in keeping us free for more than 200 years and quit dissolving our freedom with your socialist governmental agenda. Quit spending our grand children’s money to pay for programs that only seek to expand government and force control of our lives. Quit apologizing to the world for the greatness of America and the strength and generosity that protects and assists the very countries you apologize to. Quit trying to be the king of the world and start standing up for the country in which you took an Oath before God to defend and protect. 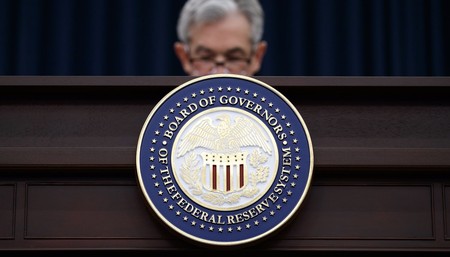 Why Is the Fed Not Reporting M1 and M2 Numbers?
Stu Cvrk

Say When: Dems Unveil Plan to Pack the Supreme Court but Republicans Can't Wait for Them to Try
Brandon Morse

And So It Begins...Democrats Set to Introduce Court Packing Bill
Kira Davis