I strongly protest recent allegations that in the vice presidential debates, Sen. Joe Biden appeared to have “Vulcan eyebrows.” The comment was not only racist in nature, but an affront to all Vulcans.

Anyone who takes the time to review videos of the debate can easily see that Biden’s eyebrows are clearly Romulan: 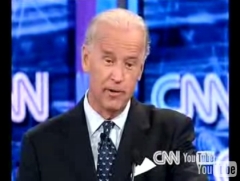 Vulcans do not lie. Romulans, however, are known prevaricators, as the record clearly shows. Biden’s many lies told during the debate, together with those eyebrows, leave little doubt that he is a Romulan mole.