Water Cooler 08/30/18 Open Thread; When It Comes To Petty Trump Has Nothing On McCain; What We knew All Along

Pettiness From Beyond The Grave Sarah Palin Asked To Stay Away From McCain Funeral
In 2008 I thought the inmates were running the asylum at the McCain campaign, there was ample proof of it, and a great big suspicion that his people were the ones hanging Sarah Palin out to dry. Well it’s one to think ill of people, it’s another to have confirmation. Governor Palin has been asked to stay away from the late senator’s funeral. It’s particularly amazing since Palin was arguably the biggest victim of his inept campaign. She was a rising star, and time has proven her correct on the issues she was mocked for. “Drill Baby Drill”, was dead on as the U.S. is now the worlds largest energy producer again and rocking the markets. Her take on Russia and Putin was also spot on, while Obama’s foreign policy proved to be hopelessly destructive.

The exclusion of Governor Sarah Palin from Senator McCain’s funeral this afternoon strikes us as an off-note from the McCain camp. It’s unclear exactly who — the Senator before he died or his family or others — decided not to extend an invitation. Reports, in People magazine and Breitbart News, suggest that not only was Mrs. Palin not invited but that she was asked to stay away. It’s a missed opportunity in respect of a man who sought to summon our better angels.

It’s not as if Mrs. Palin had pushed her way into McCain’s political life. His presidential campaign was floundering when, in the summer of 2008, he sought to make a Hail Mary play by reaching out to ask Mrs. Palin to join his ticket. At the time, the Alert Alaskan, as we have called her, had the highest approval rating of any governor in the country. Much is made of the risk Mr. McCain took in bringing on a freshman governor. Also, too, though, Mrs. Palin took a risk.

At the time, we called her a “brilliant pick.” She had few peers in the business of challenging the old-boy network in the GOP, and her grasp of energy policy — “Drill, baby, drill” — was ahead of the curve. One of the first things she said when McCain introduced her to a rapturous crowd at Dayton was that her husband, Todd, was a member of the Steelworkers Union. She, too, had carried a union card, a rare boast for a Republican.

It’s very sad that Ms. Palin will be denied what should be a moment of closure.

What Was That About Jobs Americans Just Won’t Do ?

I said this back when I first heard the phrase, I said it during the election, I’ll say it now, “There are no jobs Americans won’t do, mass immigration is just a way to hurt poor Americans that are trying to work their way up the ladder.”  Well now I have proof that those “Citizen of the world” types fancy a world where people are desperate for any work, and have to bow and scrape for their employer’s egos.

A new analysis of Census Bureau jobs data puts the “fake news” label on the pro-immigration mantra that there are many jobs Americans just won’t do and that’s why legal and illegal immigrants are needed.

According to the deep-dive analysis by the Center for Immigration Studies, just six of 474 job categories are majority immigrant, and none are majority illegal immigrant.

The report suggests that claims made by immigration proponents for greater access to American jobs because Americans don’t want them is false.

What’s more, the report indicates that in low-income jobs given to illegal immigrants puts pressure on poor Americans who want those jobs, according to CIS.

It was never hard to figure this out. What’s worse is that it’s theft by a modern day slave owning class against, the immigrants, poor citizens and the middle class that is actually paying the taxes. Poor Americans and the illegals wind up net recipients of government benefits,  the middle class is actually paying for the benefits and the wannabee Simon Legrees reap the benefits. 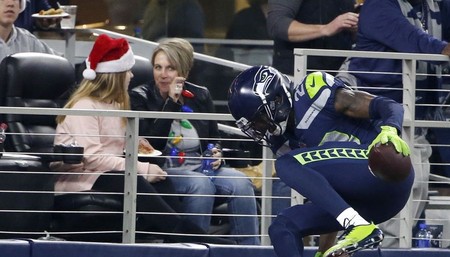 Is the GOP About to Blow the 2022 Elections by Acting Like the Last Six Years Didn't Happen?
streiff