Your Resolution? Right... to a point.

Mike Reagan, the elder son of the late President Ronald Reagan, has offered up a New Year’s Resolution for “fellow Republicans“. He recommends this resolution “for his fellow Conservatives” (yes, that’s Big-C-Conservatives) as the means “for saving our country”. In it, he resolves “to find those issues and ties that bind us as Republicans rather than revert to the internal attacks that will set back our party”. He elaborates:

…once a Republican candidate is victorious in the primary, all Republicans should give them their full support. Moreover, this support must not stop after the ballot has been cast.

The days of “not conservative enough” or “too conservative for me” should be erased from our political vocabulary once the primary process is complete. At that stage, we must join together to help our candidates win elections and begin the critical job of stopping the flow of liberal policies coming out of Washington and numerous state capitals across the land.

Mr. Reagan is right, to a point… much like the GOP itself.

The liberals and progressives in this country were not strong enough or numerous enough to elect President Obama on their own. Mr. Obama was elected with a lot of help from Republicans, conservatives, libertarians, and independents. Many people from these groups acted on an impulse that was completely wrong and is ruining the country. That impulse was to deliver a message that said: “I am so fed up with President Bush and Republicans that stand for nothing, that I’m going to vote for the other team”. Others, in disgust, gave up and walked away from the process entirely – they didn’t vote.

The result of those two attitudes? They put the most liberal President in our lifetime in the Oval Office, and for icing on the cake gave him a majority in both houses of Congress. They gave them the power and ability to make any decision they wanted. The decisions they are making are unconstitutional, unwise, and ruinous to our country.

The GOP has a prescription for that problem, and Mr. Reagan seems to endorse it: “always elect us”. Mr. Reagan, as he switches back and forth between the word “Republican” and the word “Conservative” (again, with a Big-C), appears to have fallen for the trap that the GOP has set: that “Republican” and “Conservative” are synonymous, and that if everyone would embrace The Party all would be well. The idea that “once a Republican is nominated we should all unquestioningly fall in lockstep behind them, through the election and through their term” is flat-out wrong. That attitude clearly shows that someone has failed to grasp the message voters sent in the last two election cycles.

Republicans have been a part of the problem, and the public knows that – and tried to wake the Republican party and its politicians up to that fact. Sometimes it was a well-meaning mistake: I believe that President Bush thought (wrongly) that he was doing the right thing with the Medicare prescription drug plan and with his initial steps to deal with the economic crisis at the end of his term. Others have made decisions on the basis of retaining power and playing political games. The effect has been that Republicans have started some of the “wasteful and damaging policies” that Mr. Reagan speaks of (like the bailouts), or have helped them to happen. Some of the “wasteful and damaging” legislation from Washington in the last year has received votes by Republicans who were anything but a Big-C-Conservative: like Olympia Snowe or Arlen Specter (while he was a Republican). We can’t blame just a couple of errant stand-outs, however: even my own Senator Lamar Alexander has made some outstandingly poor voting choices in the last year.

What disturbs conservatives more than the individual politicians and their mistakes, however, is when the various GOP leaders and groups (the RNC, the NRSC, the NRCC, etc.) defend and support the politicians that are pulling these stunts. They contribute to their campaigns and support them in their reelection bids. There are those that believe that we should always support a Republican incumbent, even if there is a more conservative option out there – if we don’t, we might lose the seat. Putting party first, many will also support a candidate that has an “R” behind their name in a race where there is a liberal Democrat, a wishy-washy Republican, and a strong conservative independent or third-party candidate. Others will argue that there are some places where a conservative can never be elected, and thus we should support a more “moderate” (read: principle-less, wishy-washy) candidate.

Short-term, they may be right (though not necessarily so). Long-term, they are wrong. If the Republican party would consistently affirm and adhere to its principles, voters will embrace and support the party – much as they did when Mr. Reagan’s father reforged the Republican party as a real Conservative institution that stood for something – instead of feeling like they have to “send them a message”.

The national GOP, NRSC, NRCC and the like need to stay out of contested primaries.

Backing an incumbent simply because they’re an incumbent (as in the case of backing Arlen Specter over conservative Pat Toomey) or backing an establishment politician over a principled alternative (as in the case of backing Charlie Crist over conservative Marco Rubio in Florida) is wrong and perpetuates the problem – it does no one any good to have someone in office who has an (R) behind their name but repeatedly votes against what is best for the party and the country. It does real harm to the party for voters to continually see politicians with an (R) behind their name vote hypocritically and/or vote to extend their power. These national groups need to let local voters decide, and then jump in and support the nominee whole-heartedly against the Democrat in the election.

Individual voters need to support conservative candidates (not parties) with both their money and their votes.

My recommendation: quit giving money to the Republican Party (or any other party). As for myself, I’m no longer a member of the Republican Party, nor do I give them money – though I used to. I long ago quit sending money to the national GOP, and just this month I let my membership in the TNGOP lapse and won’t be renewing it. Why? The Party organizations have shown that they don’t spend our money wisely, sending it to politicians that I wouldn’t support myself and that perpetuate the problem. They are more concerned with the power base of the Party than what is right for the country.

Instead, donate your money directly to candidates, both at home in other races where there is a clear conservative choice to be made. It is clear that today, it is not just the politician from your district that has an impact on your life, but all of those in Congress. Right now, there are some great conservative candidates that can make a real difference that need your help, including Michael Williams, Marco Rubio, Chuck DeVore, and Pat Toomey (you can conveniently donate to all of them on one page at the Senate Conservatives Fund).

Individuals need to vote for the most conservative [viable] candidate in the race.

I did not vote for George Bush in the 2000 primary, because he wasn’t the most conservative candidate. I did not vote for John McCain in the 2008 primary for the same reason. I did, however, vote for George Bush and John McCain in their respective general elections once they won their primary, and there was absolutely zero chance that any third-party or independent candidate in the race could come close to winning. Voting for the other team to “send a message” in the end only accomplishes negative things (like socialist health care packages and federal support of abortion and all the other things we’re experiencing now). As for not voting at all: that is a morally reprehensible choice. Every citizen has a responsibility to vote in every election for the best candidate they can find. Again, the result is the same as for those that “send a message”. Yes, this may mean you vote for someone who is hardly more palatable than the Democrat/liberal/progressive in the race… but we’ll address that in a moment.

Sometimes that vote is for a third-party or independent candidate.

I had a hard time with the word “viable” in the previous post. That’s too close for comfort to the problem that currently exists in the GOP: they claim, for example, that the incumbent or establishment politicians that they back over conservative alternatives are the only “viable” candidate in the race. The honest answer is that you’re going to have to judge this for yourself, but I believe that thus far the climate has not been such that any third-party candidate has had any chance in a Presidential race, but that for almost any other elected office it can be. In the case of NY-23 this year, voters had a choice between conservative third-party candidate Doug Hoffman, liberal Republican Dierdre Scozzafava, and Democrat Bill Owens. Hoffman was a viable candidate, and was barely edged out by Democrat Bill Owens. The time for backing a Party candidate simply because they have the Party label is over. It is time to support candidates on the basis of what they stand for.

Once the election is over, hound them relentlessly to vote conservatively.

It doesn’t matter whether the person is a Republican, and independent, a third-party candidate, or a Democrat. It doesn’t matter if you thought they were great during the election, or if you had to hold your nose in the ballot box to vote for them. Once they are elected, give them no honeymoon, no quarter – especially not on the basis of the label they wear. Every vote, every issue, you need to be the Jiminy Cricket on their shoulder reminding them of the principles we hold dear, the correct way to vote, and what the Constitution says. When they don’t hear any voice except their own and those of the Washington power-brokers, they’re susceptible to making the same mistakes that have led to the current mess. “Not conservative enough” is perfectly fine in your vocabulary. Let them hear it every time they mis-step. Remind them continually that another election is always right around the corner.

That’s my New Year’s Resolution advice for Big-C Conservatives, regardless of Party.

cross posted at Right At Home. 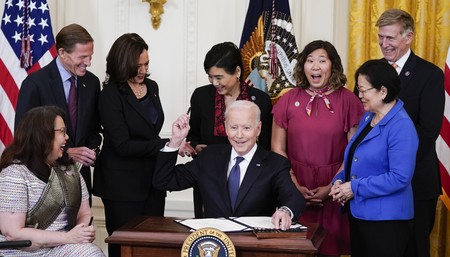