Why I got a haircut and became a Republican 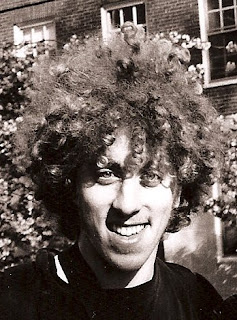 I used to be a left-wing Democrat. I was an intern for Carol Moseley-Braun. I studied with Cornel West. I voted for John Kerry and Al Gore–and in 1996 I even wrote in Ralph Nader rather than vote for Clinton, who was too centrist for me.

Then I grew up.

I got tired of the same stale ideas, the radical nostalgia, the suppression of debate in left-wing circles. I didn’t agree with conservatives about much (yet), but I liked the fact that they asked real questions and had real exchanges of ideas.

I went to South Africa on a scholarship, delighted at the opportunity to see many of my left-wing ideas being put into practice. I ended up staying for nearly seven. What I saw and learned there changed my perspective dramatically.

I began to realize that governments could never provide the prosperity and opportunity that free markets do. (As bad as the current financial crisis is, it would be far worse, and far more difficult to fix, in a state-dominated economy.)

I saw that the greatest challenge to world peace was not the greed and apathy of the west, but the determination of thugs, criminals and dictators to fulfill their own lust and fantasies regardless of the cost to the rest of humanity.

When I returned to America I tried to recover my old footing in the Democratic party. But when I said that I thought the U.S. could rescue its mission in Iraq by sending more troops, I was told by my fellow Democrats that I was crazy.

I was initially attracted to Barack Obama–I voted for him, as an Illinois resident, in 2004–but began to have my doubts after learning more about his reluctance to make tough, principled decisions, and his defeatist Iraq policy.

McCain had always been a favorite of mine, even in my lefty days. I admired his ability to stand up to his own party–which suited me just fine, as a Democrat. But now I found renewed respect for him as one of the few backers of the “surge.”

As the 2008 election rolled on, and Obama came out not only against victory in Iraq but against free trade, I found myself more and more firmly in the McCain camp. And I’ve been proud to volunteer to help get him and Sarah Palin elected.

McCain is a true leader, a man who will do what is right even when it is unpopular. He stands by his principles even in the toughest of times. He takes responsibility for his mistakes, and learns from them. He is a great American.

I am sure that there are many other potential McCain supporters out there among Democrats and independents. To them I say: if you truly care about liberalism, in its freest, most robust form, then McCain’s America is where you want to be.