"Life and Death in America" - Will We Learn From History's Voices? 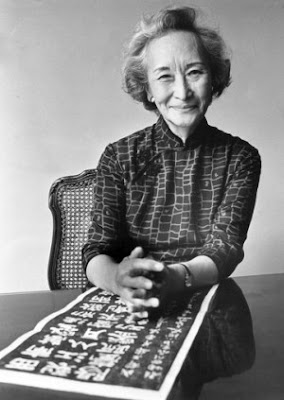 I love Rush, Ann, Glenn, and Dinesh, but nothing beats history for giving us a glimpse of things to come if radical Democrats are left unchecked.

It is with absolutely no apology that I post more from Nien Cheng’s book, Life and Death in Shanghai.

“One day, I was told by one of my remaining students besides Da De that Zhang Chunquiao, the Party boss of Shanghai, a Politburo member and a longtime associate of Jiang Qing [Mao’s wife], had said, “We would rather have socialism’s lower production figures than capitalism’s higher production figures.” The radicals in the rural areas took up his statement and proclaimed, “We would rather have socialism’s poor harvest than capitalism’s abundance.” Not to be left behind, other radicals declared, “We would rather have have socialism’s trains that are behind schedule than capitalism’s trains that are on time.” In such an atmosphere, the workers became fearful of doing too much, the peasants became reluctant to go into the field, and drivers of trains, buses, and even mules deliberately slowed down so that they could arrive behind schedule. The already strained economy took another tumble.”

After reading this, one can only stand back and, with a scratch to the head, say, “No way.” But before we castigate the Chinese for being hapless Kool-Aid drinkers, we need to take an honest look at the Kool-Aid consumption in the United States these days.

For hapless and Kool-Aid one need look no further than the Huffington Post. According to them, there is a Bright Side to Unemployment. Nothing beats having filthy rich liberals espousing the virtues of unemployment. The New York Times, bless their fiscally dwindling souls, has Living With Less: The Human Side of the Global Recession. Here people can share ideas, like recipes, for how they are faring during this global crisis. If you’re looking for a cheaper way to live large while still professing to live green, the Times site won’t help. You’ll have to go to AlGoreGoesGreen.com.

Don’t get me wrong. I’m all about the occasional penny-pinch and scaling down thing, but only when it’s my idea. Once the government tells me (via the media and unconstitutional taxation) that I’ve got to live with less, that’s when I start thinking someone’s being a tad intrusive.

So, are Americans as gullible as the Chinese were…are? The jury is still out. I’m holding out hope that, since we have been a very blessed and prosperous nation, the vast majority of Americans simply won’t put up with much more of the Obama Regime’s nonsense. China, on the other hand, hadn’t bathed in prosperity before the Cultural Revolution. For some, any change was welcome. And it was their lack of prosperity that, like sugar to yeast, fed the opportunistic Mao.

Which brings us to the underlying agenda behind every Democrat’s plan: Take away prosperity. Once prosperity is handily gotten rid of, the little bit the government will allow will seem like an abundance. You say, “This can’t be. This won’t happen in America.” Don’t be so sure.

Rush is right, the Democrats are destroying this country for a purpose, and that purpose is to secure power. This isn’t new. This isn’t change. This is tried and true, old-hat despotism. The only reason Obama got away with calling his version of socialism “change” was because, to an uneducated populous, it was.

So far it’s been pretty easy going for liberal Democrats. Oh, there have been a few glitches in their master plan-Reagan comes to mind-but for the most part, their Marxist ideas have metastasized throughout mainstream America with little resistance.

All the Democrats have needed to pull off their power-grab is a couple generations that don’t know squat about history (and, for all practical purposes, judging by last year’s election, that day has arrived). With their agenda-driven, liberal greenhouse called public education, this has been an easy coup for the Left to pull off. Using huge doses of guilt for even being American and revisionist history lessons as fertilizer, these little greenhouse saplings grow up to raise more little saplings who have zero cognizance of their own country’s past greatness. Once all lingering notions of American exceptionalism have been scrubbed from the brains of these future minions, socialism’s lower quality of life will, indeed, seem better than capitalism’s greedy abundance. Bottom line: They won’t know any better.

These generations firmly in place, the conundrum of socialism versus capitalism will be moved from the theater of ideology to the theater of morality. To be a socialist will be morally right. To be anything else will be punishable. To work toward prosperity will be morally wrong. To barely scrape by will be noble. To stand in line for health care will be a privilege. To harbor a secret notion that you deserve better will be a sin. To be part of the collective herd will be patriotic. To think like an individual will be anathema. All that’s missing from this scenario is a pod of goo and a plug in the back of every one’s heads Matrix-style.

Sure, I paint an Orwellian picture, but I might not be too far off. When in high school, I was told by a youth pastor that there would come a day when we wouldn’t be allowed have Bibles on school grounds. “Yea, right,” I thought. Those were the days when the Gideons still had access to the front lawn of our school to pass out Bibles to students every spring. America would always be America, I thought. I can be carefree, maybe even a little reckless at times, because I know there are responsible adults running this show.

Those were the days.

One can only hope that, unlike the Chinese, Americans don’t start buying off on the Democrat lie that socialism’s intrusions are better than capitalism’s freedoms. 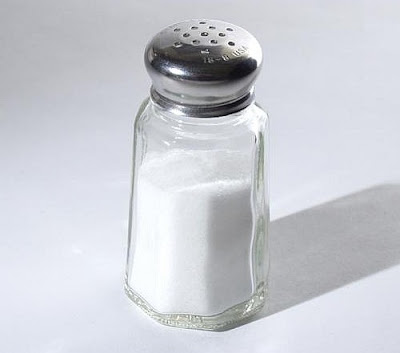 This courtesy of Rush:

This courtesy of Nien Cheng:

When Da De came a few days later, I said to him, “It’s ages since I took you to a restaurant.”

“We musn’t go to a restaurant now. In any case, all the good dishes have been taken off the menu. They are to be served only to visitors from abroad,” he told me.

Mayo Monkeys? There Were Full-Blown Calls for White Genocide on Twitter Yesterday
Townhall
'Bring it ON, #FangBanger': Eric Swalwell's attempt at getting all big and bad with parents and the unvaccinated FAILS spectacularly
Twitchy
Biden Has 'Very Unusual' Cancelation of Yet Another Event
Redstate
The Morning Briefing: Mask/Vax Mandate False Narrative Takes Another Florida Hit
PJ Media