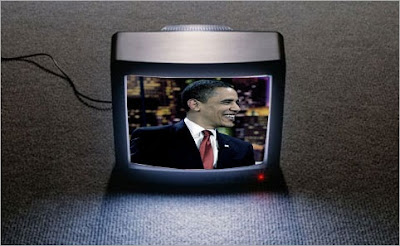 Honestly, I’ll stop comparing Obama to Hitler when he stops acting like the Fuhrer’s Mini-Me.

In 1927, Hitler made a few speeches. Well, 56 to be exact. Historians have long marveled at the number of times the Nazi dictator organized parades and huge spectacles in his own honor for the purpose of convincing Germany that the Nazi Party was the best thing since brats and beer.

Not to be outdone, our very own dictator emulator extraordinaire, Obama, by mid-August, had surpassed Hitler with 66 television interviews. September numbers are promising to push him comfortably in the 80’s.

So, I guess one could conclude that Obama is trying to convince the American people that his regime is the best thing since…well…since Hitler?