Obama and Mao: A Glimpse From the Past For the Historically Illiterate 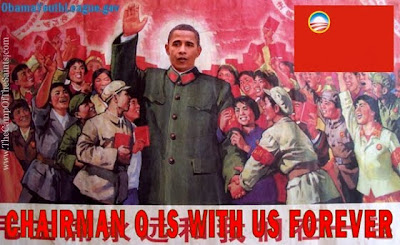 There have been numerous references made to Hitler, Mussolini, and Stalin when it comes to describing Obama and his agenda, but thanks to Nien Cheng, I’m leaning towards Mao these days.

This is a small excerpt from Nien Cheng’s book, Life and Death In Shanghai. As I wrote in an earlier post, Cheng was the wife of a Shell Oil Company executive.  The Chinese division of Shell Oil had been in good standing with Communist government in China, but Mao, in his disdain for all things capitalist and Western, changed that.  Obama’s minions would do well to note that a despot’s enemies list is subject to change based on the whims and ever evolving prejudices of said despot.

The scene is the ransacking of her house by Mao’s Red Guards, a vehemently zealous group of teenage malcontents who were a stunning testament to the efficacy of brainwashing school children for the purpose of bullying people into submitting to a government they don’t want. This tactic also proved quite useful to Hitler. (By the way, have you checked out what ideology your local pub ed is teaching to your kids? Just asking.)

Considering Obama’s obvious disdain for the Constitution and capitalism, and considering his recent national address to America’s school children, I think the following is apropos:

The leading Red Guard, a gangling youth with angry eyes, stepped forward and said to me, “We are the Red Guards. We have come to take Revolutionary action against you!”

Though I knew it was futile, I held up the copy of the Constitution and said calmly, “It’s against the Consitution of the People’s Republic of China to enter a private house without a search warrant.”

The young man snatched the document out of my hand and threw it on the floor. With his eyes blazing, he said, “The Constitution is abolished. It was a document written by the Revisionists within the Communist Party. We recognize only the teachings of our Great Leader Chairman Mao.”

“Only the People’s Congress has the power to change the Constitution, I said.

“We have abolished it. What can you do about it? he said aggressively while assuming a militant stance with feet apart and shoulders braced.

Forgive me for interrupting and pointing out the obvious, but do you see some frightening parallels here? Obama has all but shredded our Constitution; and as far as Congress goes, it has been reduced to a body of mindless Obots who are more than willing to drag those who opposes them to the House floor for self-incrimination. How long will it be before we cite our Constitutional rights only to have the ruling party tell us it has been abolished?

But on with the story.

A girl came within a few inches of where I stood and said, “What trick are you trying to play? Your only way out is to bow your head in submission. Otherwise you will suffer.” She shook her fist in front of my nose and spat on the floor.

And later, Cheng, showing a capacity for grace that I’m pretty sure I don’t possess, writes:

“…I thought as I listened to the Red Guards overhead. They seemed blissfully happy in their work of destruction because they were sure they were doing something to satisfy their God, Mao Zedung. Their behavior was the result of their upbringing in Communist China. The propaganda they had absorbed precluded their having a free will of their own.”

I’ll let you call me paranoid when Obama and his party stop acting like every other despot that has gone before him. 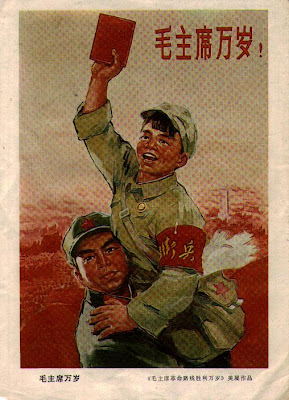