If Congressman Joe Wilson's Story Were Told By a Real Journalist. 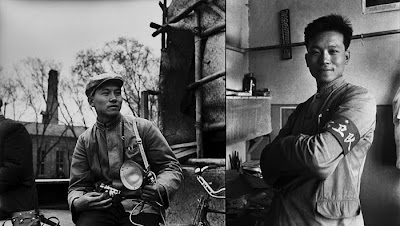 Since we haven’t seen one in nearly three decades, I’d like to show you what a real journalist looks like. Meet Li Zensheng, a news photographer during China’s Cultural Revolution.

This from the write-up for an exhibit of his work: Red-Color News Soldier

The Cultural Revolution in China (1966–76) remains one of the most complicated political movements of the twentieth century. Almost no visual documentation of the period exists; that which does is influenced by government control over media, arts, and cultural institutions. Li Zhensheng (b. 1940), a photojournalist living in the northern Chinese province of Heilongjiang during the revolution, managed, at great personal risk, to hide and preserve more than 30,000 negatives during the ten-year period. He made images as a party-approved photographer for the Heilongjiang Daily. This body of work is the only known existing photographic documentation of the Cultural Revolution.

The following are pictures from Zensheng’s work. I’m pretty sure these are framed and hung over the fireplaces of a few prominent Democrats. 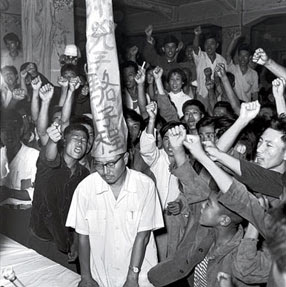 This is what the Democrats want to do to Joe Wilson. It’s called self-incrimination. The Chinese government under Mao Tse-tung employed this rather effective tactic on anyone who didn’t do the Happy Dance in favor of Mao’s Cultural Revolution. Actually, they even did it to those who had been loyal to the party but had fallen out of favor for one reason or another. The reasons, by the way, never had to be justified. 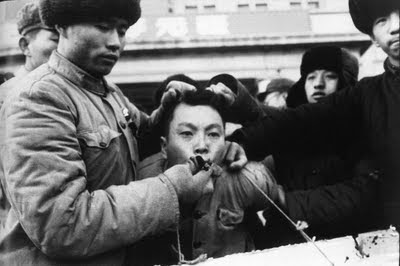 Humiliation was the main ingredient in Mao’s fight against dissent, real or imagined. In a culture that highly valued personal honor and integrity, this was an especially effective tactic for convincing the Chinese people that Mao really was a nice guy and wanted the best for them. 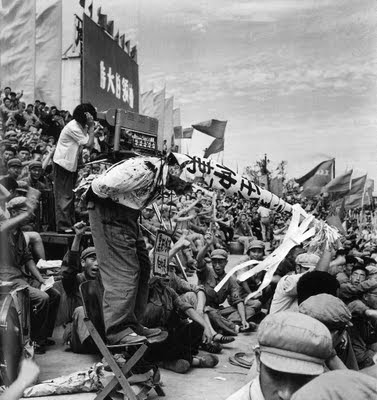 This man is probably being jeered at by people who used to be his friends and neighbors. Often, family members and close friends were ordered to write incrimination papers about the person who was to be “disciplined”. They would then have to stand up and read these papers in front of a crowd and the one being humiliated.

Think Joe Wilson standing on the House floor apologizing to his peers for pointing out that our president is a pathological liar.

Never, ever entertain for one moment that the Democratic Party is breaking new ground. That we haven’t seen this type of behavior in America…yet, is not only evidence of grace from above, but also evidence that the American spirit flat-out won’t allow it. It is this that has the Democrats mad as hell.

Liberal Democrats are continually pilfering from the playbooks of despots, dictators, and radicals. And, if we are willing to learn,there exist warnings from those who have lived under oppressive and abusive governments. We would do well to heed these warnings for they came at great risk for the purpose of making sure these types of governments are stopped before they start.

Unfortunately, America is behind the power curve when it comes to heeding the warnings of history.

Action Star Adam Baldwin Has Some Thoughts On Alec Baldwin's 'Negligence' and 'Recklessness'
Townhall
'You can feel the energy': Here's the crowd to see President Biden campaigning for Terry McAuliffe
Twitchy
Email Looks Like the Smoking Gun Against Biden on Kabul Evacuation Debacle
Redstate
So Much for 'Phony Outrage'—Missouri and Ohio Leave National School Boards Association
PJ Media