Obama-Care: Healing America One Death At a Time 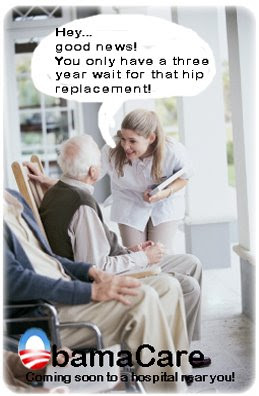 We also want to start rewarding doctors for quality, not just the quantity of care that they provide. Instead of rewarding them for how many procedures they perform or how many tests they order, we’ll bundle payments so providers aren’t paid for every treatment they offer to a patient with a chronic condition like diabetes, but instead are paid for how are they managing that disease overall.

Make no mistake, this is not about health care. It’s about absolute power. It’s about playing God.

Imagine a 78-year old man with heart disease who goes in for quadruple bypass surgery. The surgery was a success. He thinks so. His doctor thinks so. His family thinks so.

But Obama doesn’t think so.

Why would a successful procedure be unsuccessful under the Obama health care plan? Well, for starters, this man is 78 years old. By democrat standards that’s way too old for this type of procedure unless you’re Ted Kennedy and you need another lobotomy. This man could be in the beginning stages of Alzheimer’s or suffer from some other chronic disease that will eventually take his life. In a democrat’s mind there is no reason to keep an already compromised man on the government rolls longer than necessary. (Government rolls are strictly for the voluntarily unemployed.) And, lastly, this man might be a republican. ‘Nuff said.

In Obama Care, successful disease management (and rewards) will be inextricably linked to the value Obama and his ilk place on various segments of society.

I’ll say it again: This isn’t about health care. This is about devaluing those whom the liberal, elitist democrats deem as being undesirable.

If allowed to run its course, it will be about eugenics.

Too conspiracy theory for you? Really? We have a president who voted repeatedly against life saving measures for babies who survive abortions. This same president has appointed John-“compulsory abortions and sterilization for population control”-Holdren as his science czar. Combined these with Pelosi’s brain wave that birth control will help the economy and you’ve got the perfect pre-Nazi party mix. 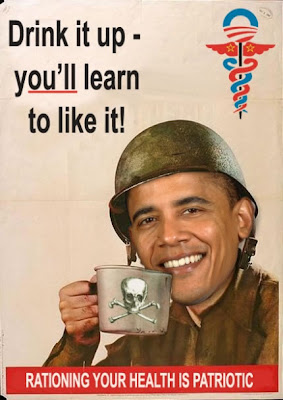 For your edification, a little primer on eugenics and the Nazi party.
The Men Behind Hitler