Cash For Clunkers: Testing Obama-Care Model On the Auto Industry 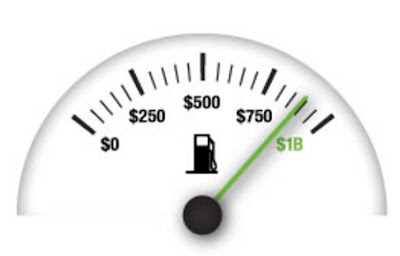 Dealers Race To Get Their Clunkers Crushed-NY Times

The government has run out of money for their quasi eco-friendly Cash For Cars program once. But, in an effort to keep the hand-out crowd from rioting, they are frantically running around trying to get another $2 billion to keep it afloat. (And I thought it was illegal to buy votes.)

For those who have no qualms about having my children pay for your car, I’d like to help you in your endeavor. But you better hurry. There is no telling how long this second batch of money will last. My guess is it’ll be gone before the ink dries.

Step One: You hear that the government will give you up to $4,500 (of taxpayer money) to trade in your clunker for a brand spankin’ new car. Sounds good, right? Never mind that in saner moments you knew that buying a new car at this particular juncture in your life would be fiscally irresponsible. All that has changed. Magically, now that the government has put the burden of your downpayment on the future generation (that would be your kids, chucklehead), the thought of buying a new car has morphed into one of the best ideas since the drive-through liquor store. (Only Ted Kennedy ever really thought that was a good idea.)

Step Two: You drive, push, or tow your clunker to the nearest participating car lot. (I’m not sure, but I’m betting participation was mandatory.) Oh, you might want to bring a book or your Gameboy for this next part. After the salesman takes your car, the two of you will bond at his desk for upwards of four hours while he tries in vain to process your request for my children’s money via the government computers which, by the way, have a nasty habit of crashing.

Step Three: Assuming your request goes through, (You know what they say about assuming, don’t you?) you get to drive off the lot with your shiny, new, government-approved, eco-friendly (not really) car. You got a sweet ride out of the deal and the car dealer…well, he’s out $4,500 until the government reimburses him. And we all know how that works.

Not bad for a day’s…sponging.

Your end of this sweetheart deal is over. Enjoy your car. What follows is what is left in the wake of your sugar daddy moment with the government.

First, your clunker is rolled, pushed, or towed to the back of the dealership. Now, normally your old clunker would be potential income for the dealer. In a capitalistic society the dealer could sell your clunker as a used car. Or, if your car is a complete piece of junk, the dealer could make a deal with a salvage yard. Once at the salvage yard it could be another source of income by selling the engine whole or part by part. Funny how one car could be used to generate income for so many people. According to liberals, that is what is known as the dirty underbelly of capitalism.

But since your car won’t be an organ-doner per se, the next step in this sordid deal takes a rather creepy turn. Your car will undergo a procedure that will render it completely useless. (Not to be confused with being elected to congress.) Like a scene from some dark, liberal, sci-fi flick, someone will spray a substance in the engine of your car, turn it on, and wait for the engine to freeze up. And that, my friend, is how a socialist regime gets rid of the things it doesn’t like. If you’ve been sympathetic to Obama’s health care plan, you might want to rethink that one. 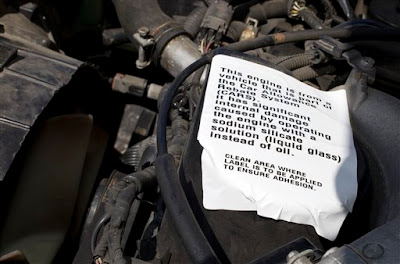 Aside from the obvious fleecing of America, there are a few glitches in the Cash For Clunkers program. For starters, who pays for the demolition of these now useless cars? Laying aside what we know about assumptions, I’m assuming the burden of disposing of these cars will fall on the car dealers. And why not? They are out $3,500 – $4,500 per car, they are waiting for a fiscally and ethically challenged government to reimburse them, and they have an absolutely useless car taking up space in their back lot. By a liberal’s calculations, it only stands to reason that they’d be responsible for clean-up duty. This is tantamount to being used by the frat boy and his buddies then being told he’ll call you sometime.

And, while hope does spring eternal, who honestly believes the car dealers will really get their money from the government before the next batch runs out? Heck, even if the government didn’t run out of money (or ink), who really believes they’ll make good on their promise to the car dealers? Can you say litiation, congressional committees, endless investigations, blame, and bail-outs? If that’s too much of a mouthful, try “here we go again”.

Lastly, and most importantly, I’d like to know what these hapless victims (for whom I have ZERO respect) who qualified for their new cars are going to do when they actually have to start using their own money to make payments. If they, or the government, come knocking on my kid’s bank accounts again I’ll have two words for them…and they won’t be “Let’s dance”. 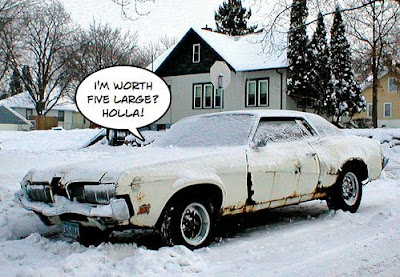