Racism, Radicalism, and Nationalism in the Alt-Right

In a recent interview with England’s Channel 4 News, Milo Yiannopoulos, the controversial tech editor for Breitbart and author of the site’s “An Establishment Conservative’s Guide to the Alt-Right,” seemed to distance himself from the Alt-Right movement, a profound shift from his previous comments. “[T]he media is desperate to crown me the queen of it [the alt-right]. … All I’ve ever done as a reporter is give them a fair hearing, give them a fair crack of the whip in the press,” said Yiannopoulos, according to a report by Heat Street. “For that crime I have been called all sorts of awful names.”

His comments seem to echo those of Steve Bannon, former Breitbart head and newly named chief strategist for the Trump White House. Bannon, who once called Breitbart the “platform for the Alt-Right” said in an interview earlier in November with The Wall Street Journal he totally disavows any sort of “white nationalism” commonly espoused by many in the Alt-Right, instead preferring to cast himself as an “economic nationalist … an America first guy.”

This won’t stop many on the left from accusing Yiannopoulos, Bannon, Donald Trump, and many others of being racist, bigoted, Nazi-like white nationalists, of course. They’ll simply argue many who formerly were, at the very least, cozy with the Alt-Right are now distancing themselves for political reasons, not because they have had a change of heart. While there might be some truth to this, the greater problem is the media has largely mischaracterized the Alt-Right as “racist” (according to our modern understanding of the term) in the first place, adding confusion to an already difficult-to-understand movement.

According to Merriam-Webster’s, racism is “racial prejudice or discrimination,” but consider for just one moment whether this really is our modern understanding of racism. In modern America, is affirmative action or race-based college admissions policies “racist?” What about Black Lives Matter or government grants and social programs meant to aid one particular racial group? For many (perhaps even most) Americans, the answer is “no,” but why? Aren’t these policies all providing aid to one race over other races? Yes, of course. Aren’t some receiving benefits others are not, all on the basis of race? Certainly.

With these definitions in mind, can we fairly call the Alt-Right “racist?” The answer is more complex than it may appear at first glance, largely because there are a number of difficulties related to understanding the Alt-Right movement.

Keys to Understanding the Alt-Right

The first difficulty is the Alt-Right isn’t an established institution. It doesn’t have a confession of sorts and doesn’t operate with a defined mission statement. Those who identify as Alt-Right or sympathize with that movement do so for a variety of reasons.

Normally, a well-versed reader can almost instantly determine what a writer or speaker believes by simply listening for key phrases. For instance, “fair share,” “inequality,” and “social justice” are terms often employed by the left to accomplish its goals. This, generally speaking, does not apply, at least not in normal terms, to the Alt-Right.

When the Alt-Right speaks about the collapse of “white culture,” the dangers of immigration, etc., it does so from an entirely different perspective than those who we normally hear this kind of rhetoric from, and it’s important to keep that in mind when thinking about their arguments and when considering why Bannon and Yiannopoulos are moving themselves away from the Alt-Right label and toward other terminology, such as “economic nationalism.”

What Is the Alt-Right?

What exactly is the Alt-Right, and why should we care? As I mentioned previously, the Alt-Right has a number of strands, but there are a few characteristics that virtually everyone involved seems to have common. First, the Alt-Right believes people of European decent are under attack in the West, including in America. This isn’t limited to race, however. It’s largely in reference to Western culture as it has been traditionally understood amongst the people of Europe and America.

Second, the Alt-Right is adamantly anti-establishment. It believes the institutions of society, including the media, higher education, Hollywood, and those in the political class, are all working against their cause and for the destruction of traditional Western, white culture.

Third, the Alt-Right is a modern counter-cultural movement, and like other similar movements, it engages in many provocative activities as a rebellion against the culture, to be ironic, and to mock their detractors. This means while you should always take what the Alt-Right says seriously, you shouldn’t always take it literally.

Fourth, the Alt-Right sees itself a movement necessary to save Western society. It’s a “desperate times call for desperate measures” type of group, and it sees anyone unwilling to acknowledge this as “stupid,” foolish, and exceedingly idealistic.

Henry Olson presented a good example of this fourth point in a November 22 blog post for the National Policy Institute, an intellectual leader in the Alt-Right movement. In that article, Olson wrote, “[Traditional conservatives] can decide to cling to old dogmas that disempower them for the benefit of their enemies [the socialist left]. In so doing, irrelevance is their only hope. If they help our enemies win, they will only end up as junior partners to a left-wing monolith—propped up by Third World immigrants—that will never leave them alone and will never stop hating them. On the other hand, if, God willing, the Right can take our country back from the managerial class who have ruined things for so long, then they will join their intellectual peers Jeb Bush, Glenn Beck, and Evan McMullin in the trash heap of pompous cowards irrelevant to the events transpiring around them. In other words: the moral equivalents of a man who debated metaphysics while his family died in a house fire.”

For many in modern America, the perceived greatest danger associated with the Alt-Right is their insistence on speaking about race. They hear young, angry white people speaking about advancing white causes and they think “Nazi Germany,” “Jim Crow South,” and other equally despicable movements, ideas, and groups. The hypocrisy on this point, however, is what helps to make the Alt-Right so attractive to so many. While the left rants about the radical racism of a group of people that are advocating for the protection of a particular race (or, more accurately, group of races) and a particular culture, the left defends and advocates in favor of similar groups and movements for other racial groups, such as the Muslim Brotherhood, the Black Panthers, La Raza, and many others.

The left says white people arguing they deserve to be celebrated is racist, but it mandates white people celebrate affirmative action, Black History Month, and Black Lives Matter, and it wants white people to pay billions of dollars every year to pay for programs that largely benefit minorities. From the perspective of the Alt-Right, and really objectively speaking, it’s incredibly unreasonable to argue using the government to benefit some races and cultures is wonderful, but using it to benefit white people is a form of racism.

Thus, many of the race-focused arguments made by the Alt-Right are, at the very least, no more dangerous or racist than those made by the left. The real danger of the Alt-Right is that it really is a variation of modern liberalism; it rejects the emphasis on the individual and his or her God-given rights and advocates instead for the protection of the collective, only this time it understands the collective from a traditional white-European perspective.

This is where the danger of Bannon’s “nationalism” becomes important. Nationalism isn’t inherently evil; it’s simply an emphasis on the rights of a nation over and against neighboring nations and groups. It rejects global government and focuses on the reality that different groups of people have different cultures and ways of living. Nationalism can be world-changing when the nation involved is one that protects and espouses liberty and the rights of individuals. This, historically, has been the sort of nationalism common in the United States. Americans haven’t been nationalistic because of an allegiance to a particular ethnic group or region, which is precisely what has occurred in virtually every other part of the world; they have been nationalistic because to them their nation has been synonymous with the concept of freedom (or, at least that has always been the goal).

Nationalism becomes incredibly dangerous, however, in any form when the focus shifts away from liberty and personal freedom and toward the advancement or survival of some particular group of people living in some specific part of the world. This is exactly what the Alt-Right, American liberalism, socialism, and “economic nationalism” all have in common.

“We must … vanquish individualism and egalitarianism, fancy words for personal selfishness and vanity,” wrote Richard Spencer, perhaps the most famous person in the Alt-Right today, in an article for Radix called “Victory Conditions.”

There don’t appear to be any calls within the Alt-Right movement (at least, none that I can find) to harm other racial groups in America or to take rights away from other racial groups. Most of what the Alt-Right discusses is in relation to advancing and protecting white-European Americans, who they view as currently under siege by the country’s various institutions.

However, there is most certainly a belief in cultural (and racial, depending on the source) superiority. Many in the Alt-Right believe it’s no coincidence some of mankind’s greatest achievements have come from white Europeans. Some, including the National Policy Institute’s Spencer, even argue in favor genetic modification.

“I propose Eurocentric Hereditarianism,” wrote Spencer. “Today, we chase after G.D.P. and Equality, tomorrow: the genetic and cultural cultivation of our people. … Hereditarian norms must be culturally hegemonic to such an extent that people care more about the well-being of future generations, especially genetic well-being, than about their empty caprices and their personal ego.”

Others in the Alt-Right, those who support it, and those who have affiliated themselves with it, such as Steve Bannon say they aren’t interested in race issues at all. For them, they admire the Alt-Right because it aims to overthrow the current establishment and all of its institutions and because the Alt-Right aims to “put America first.”

In the final analysis, whether the Alt-Right is “racist” or not according to the modern understanding of the term (which I believe to be flawed), we do know this movement, in virtually all of its forms, advocates for a dangerous brand of nationalism and the rejection of individual liberty, both of which are horrifying.

(This article was cross posted at the New Revere Daily Press) 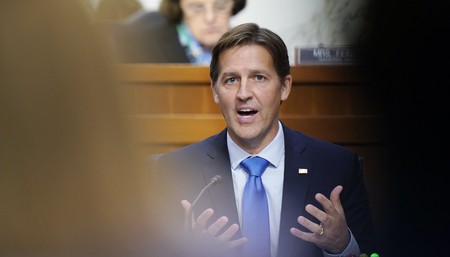 Reporter Zeroes in on What to Look for Next As Cuomo's Campaign of Thuggery Against Press Is Exposed
Townhall
Deranged: Blue-checked, race-obsessed 'Bishop' Talbert Swan posts 'leaked photo of Candace Owens on her wedding night'
Twitchy
Foreign News Shows Are Now Raising Questions About Joe Biden's Cognitive Issues
Redstate
Biden's Latest Verbal Slip Might Be His Most Disturbing Yet
PJ Media