Potential GM Stock buyers? Don’t get your hopes up yet.

Not that anybody should expect an industry that still has a shock collar of union interest around its neck to do very well anyway. General Motors is selling some of its prime action to lucky buyers. As seen in the filing of the IPO today, GM lowers your expectations:

“The ability of our new executive management team to quickly learn the automotive industry and lead our company will be critical to our ability to succeed.

Within the past year we have substantially changed our executive management team. We have elected a new Chief Executive Officer who will start on September 1, 2010 and a new Chief Financial Officer who started on January 1, 2010, both of whom have no outside automotive industry experience.”

Per der kommisar’s wishes, NO-ONE qualified to run the company need apply. In fact, even if they did, and receive jobs, the discovery of whats under the hood might scare the lug nuts off em anyhow. Continuing from their admitted weakness section of the filing:

“We have determined that our disclosure controls and procedures and our internal control over financial reporting are currently not effective. The lack of effective internal controls could materially adversely affect our financial condition and ability to carry out our business plan.”

So the filing for the IPO for the NEW Government Motors includes a disclosure that: A. They have potentially incompetent leadership, and B. No idea where the money gets spent and a lack of oversight for such things.?

As they say in the biz.. “Read the Prospectus, before investing your life’s savings.” (or the kids college money)

After originally posting a version of this on RightMichigan.com, it occurred to me that this might actually be an attempt to “depress artificially,” the demand for the stock on its initial offering. this would allow buyers who are in the know to make a killing on “unexpected returns!”

Or… Maybe as we have seen with the Volt.. It might actually represent reality. The Volt… A $42,000 car that requires a $8K grant from the government to entice a purchase, a $10,000 set of batteries every 3 years or less, and a $100,000,000 tax incentive package to battery makers in Michigan paid by taxpayers to make it happen. 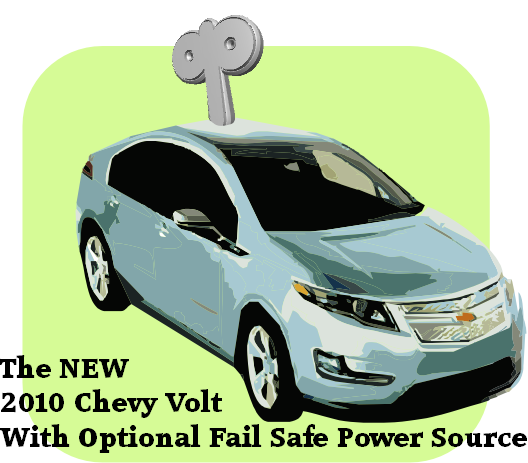 True brilliance, marketing genius, and a car that seats two comfort.. uh One comfo… well.. seats up to four vegans.

Its not easy being green.