Who is Mark Levin? What Makes Him So Special? 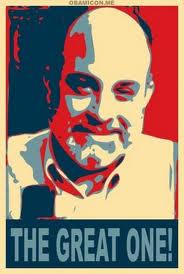 Now I want to talk to you and discuss with you who inspires me and
influences me the most politically.  Mark Levin has encouraged me and inspired
me to blog and be an conservative activist over the years. His explainations of
conservatism, supreme court cases, constitutional limited government, fiscal
responsibility, personal responsibility and faith in the free market system has
empowered me to do anything and everything I can to fight against tyranny and
advance conservatism each and every chance I get.
Mark Levin is a
Constitutional lawyer, president of the the prestigious Landmark Legal
Foundation in Washington D.C.,has Active Briefs Filed in the Supreme Courts, One
in Favor of AZ’s SB 1070, Against Obamacare with Over 28 State Attorney Generals,
Immigration Bill in Alabama, Landmark Legal is also battling the EPA, going after the IRS to investigate the NEA, helping to defend Governor Scott
Walker Against the Public Sector Unions in Wisconsin and fighting the
good fight against cap and trade legislation.  There really is not much
Mark Levin is not helping fight tyranny here in America through his show, legal
foundation and his best selling books.

Beginning
in 1981, Mark R. Levin served as advisor to several members of President
Ronald Reagan’s Cabinet, eventually becoming Associate Director
of Presidential Personnel and ultimately Chief of Staff to Attorney General
Edwin Meese; Levin also served as Deputy Assistant Secretary
for Elementary and Secondary Education at the U.S. Department of
Education, and Deputy Solicitor of the U.S. Department of the
Interior. He has practiced law in the private sector, and is
president of the Landmark Legal Foundation in Leesburg,
Virginia. He holds a B.A. from Temple University, where he
graduated Phi Beta Kappa and magna cum laude, as well as
a J.D. from the Temple University Beasley School of Law.
In
2001, the American Conservative Union named Levin the recipient of the
prestigious Ronald Reagan Award.

The Mark Levin Show was
broadcast from the competitive 6:00 p.m. (EST) time slot, Monday through Friday.
The show is distributed to over 150 stations and satellite radio by Citadel
Media on ABC Radio Networks. His ever growing audience is top-rated on the AM
frequency with over 8.5 million average listeners. Levin’s published the book
Men in Black: How the Supreme Court is destroying America which discusses how
activist judges are legislating from the bench. This book was released in 2005
and became a best-seller. In 2007, he published a non-political book “Rescuing
Sprite: A Dog Lover’s Story of Joy and Anguish,” that dealt with the adoption of
his dog from a humane society. His next book would be an instant success,
“Liberty and Tyranny: A Conservative Manifesto.” The book opened to 13 of 14
weeks as the No.1 best seller on the New York Times list. A review from
Amazon.com says, “Levin lays out how conservatives can counter the liberal
corrosion that has filtered into every timely issue affecting our daily lives,
from the economy to health care, global warming, immigration, and more — and
illustrates how change, as seen through the conservative lens, is always
prudent, and always an enhancement to individual freedom.” His book is endorsed
by fellow conservative talk radio host Rush Limbaugh. Levin said that his book
is so successful without any help of the mainstream media outlets, which not
even a single network has done a review. More than 1 million copies have been
sold. The same is true about Mark Levin’s newest book, AMERITOPIA, also a New
York Times best seller for Over 5 weeks in each and every
category. 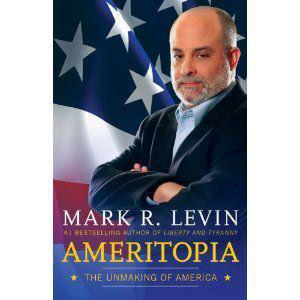 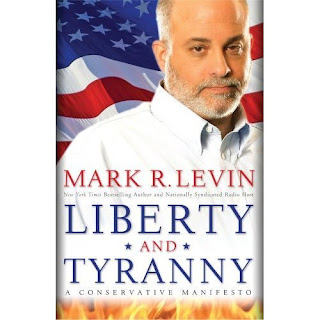 It’s important for me to include who and how Mark Levin is and why he’s
so important to me. Mark Levin is a “Doer”.  Levin doesn’t just talk the talk
but he also walks the walk. There is not a whole lot more a single legal
American citizen can do than what Mark Levin is taking the time to do. Mark
Levin is a busy, busy man.  Levin should be treated with respect and honor from
anyone and everyone who call themselves “conservatives”.

Mark Levin is a True Conservative Patriot.  Listen
to him on how he loves this country.  Mark Levin means what he says and says
what he means.

Here is one of Mark Levin’s more
recent rants where you can’t help but understand where he’s coming from and
appreciate his intelligence, passion and expertise on the founding, the
constitution and the conservative movement in America.
February 29th, 2012 – MUST LISTEN: Mark Levin’s sobering monologue about America’s
future

October 20th, 2007 Mark Levin tells it
like it is about the Declaration of Independence, Constitution, natural rights,
life liberty and property, and the conservative Republican agenda regarding the
War on Terrorhttp://www.youtube.com/watch?v=lPpX9mzO6sU

Mark Levin is at his best when explaining
why we need a Conservative in the White House.

This
Rant is Definately, by far one of my absolute favorites of all time.  Give it a
listen and you’ll know why.
Mark Levin 2012 Patton – http://www.youtube.com/watch?v=2TjtrATl3nQ

Nobody
Explains the Dangers and Problems with Obamacare as detailed as Mark Levin.
Nobody. 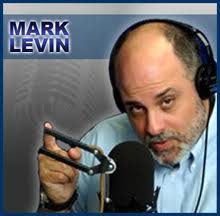 These are Important Issues facing
America and Every Legal American Citizen Today.  Mark has been consistently
onthe Right side of History on All of these Crucial, vital issues of our
time.

If everything that I told you and listed
off to you in detail still fails to impress you or think is great for America or
the Conservative movement in America, then I do suggest to you that perhaps
maybe you are not a conservative. You may need to re-educate yourself about what
conservatism is and what it means to be conservative in America. 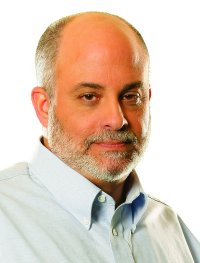 I do want to challenge anyone and everyone
reading this to do more. America needs as many Conservative patriots fighting
for her Freedom and Liberty as possible. Mark Levin is only one man. Even Mark
Levin can use as much help and support he can get and would be truly greatful to
have it.  Who are You? Where do You Stand? What have you done to fight tyranny
and advance the Conservative movement here in America?  Anything?  Nothing?
Something?   If YOU don’t have good answers or anything close to what I listed
as Mark Levin is on Historical Public Official Record of doing on your resume,
then please spare me your rants questioning his Conservatism or love of
country.  You are Not on Mark Levin’s level.  Most of us are not.  That’s my
point.  Mark Levin is Special and Unique.  He Should be looked up to and
Respected and Honored