Who are You? Where Do You Stand? What Have You Done?

Who am I to dare challenge
you?  My name is Charles Jeremy Buchanan.  I’m 34 Years Old, married for almost
10 years, have two young kids, proud Christian, high school graduate and hard
working blue collar worker who is paid by the hour at a landscaping company in
Tucson, AZ.  I have been a registered Republican since the age of 18 and have
never voted Democrat or even thought of being an Independent or Libertarian.  I
started involving myself more seriously into politics after the attacks of
9/11.  I started listening to the news, reading the news and listening to
Conservative talk radio shortly after my first child was born.  I’ve been more
of an activist since the beginning of the National Conservative Tea Party
movement and further educating myself by reading Mark Levin‘s best
selling book entitled “Liberty and Tyranny: A Conservative Manifesto”.  I
quickly got involved with republican functions and tea party events happening
around Tucson. I not only made myself and my political concerns known but I got
name and face recognition with most other politicians, like-minded activists and
tea party organizers here in Tucson.  It was at this point when I heeded Mark
Levin’s call to activism and made more of an effort to express myself and my
political views with others with my own personal blog page, my facebook
page,  twitter and youtube.   Adding “friends”, talking and sharing information
and meeting a few people around town only helped to motivate me to do more.  I
became a precinct committeeman for a short time for the Republican party.  I
donated to a conservative candidate running for congress named Jesse Kelly that I
trusted and believed would do a great job representing my district in congress
and helped campaign daily in support of him using my blog page, facebook,
twitter and youtube accounts to help him as much as possible.  That candidate
was also endorsed by Mark Levin, Mitt Romney and Michael Steele who was still
head of the RNC at that time.  That candidate won the primary but lost in a very
close general election against a “blue dog moderate democrat”named Gabrielle
Giffords.  Conservatives can have high hopes but have to be realistic
when elections don’t go our way.  I contacted The TeaPartyPatriots and
began covering senator John McCain as a citizen journalist.  The amount of
support and interest I’ve recieved on Facebook, Twitter, Youtube and my blog
page has inspired me to write this blog to help motivate, challenge and inspire
you to do some or all of the things that I mentioned I’ve done in this blog
post. 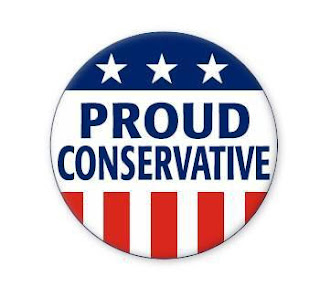 I currently have
434 Followers and over 32,750 Total Pageviews
of my personal blog page as of 3-01-12, 4,851 “Friends” and
415 “subscribers” to my posts on Facebook, 559
“followers” on Twitter, 25 “subscribers” and over
11,251 video views of my Youtube page.  I also cross post my
blogs that I personally write on conservative websites Redstate and Redcounty.  My most
viewed blog was the blog I wrote about Sarah Palin entitled “Sarah Palin is Not Ronald Reagan and This is Not the Early
80s”  That blog has been viewed over 8,295.  By far the
most popular blog I ever wrote. My most read blog from my personal blog page is
entitled “Why I’m Against “Medical
Marijuana” or AZ’s Prop 203“.  That blog has been  viewed by over
2,629 times. 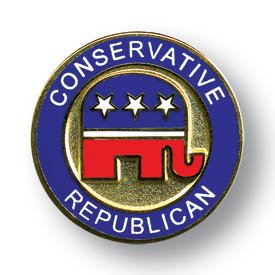 All of those stats and numbers I listed
above go up and down from time to time but have been fairly consistent.  I write
blog posts to leave a historical record behind for when I die and leave this
earth.  I want a long record of blogs, posts, evidence and information of my
conservative point of view as possible.  I don’t want people I knew and cared
about to not know how I felt about the world around me.  BTW, I don’t go around
beating people over the head with my faith, conservative point of view but I am
ready and prepared when people ask for my opinion on faith or political issues.
If asked, I do share.  I don’t voluteer without invitation.  I enjoy surprising
people with how well I know a topic and how in depth I can get into it if
pressed.  I’m not easily painted into a box or beat up and down labeled as an
“idiot” who doesn’t know what he’s talking about.  People may not like or agree
with me but I do make a strong and convincing argument.  Arguments can be won on
substance alone but many times it’s the manner you express the substance that
can win someone over to your point of view.  I try to keep that in mind when
talking to people that I want to influence and win over as many
people to conservatism as possible.  You should too. That is why I
continue to self educate myself on a daily basis and share what I know as much
as possible.  The time for keeping your personal beliefs to yourself are over.
It is not noble or honorable to keep your conservatism to yourself when
challenged or asked what you think about something that someone is asking your
opinion on.  There were days and times when that was ok or normal but our
country needs us to step up and defend her.  That is not going to happen when we
shy away from these opportunities when people ask us for our opinions. 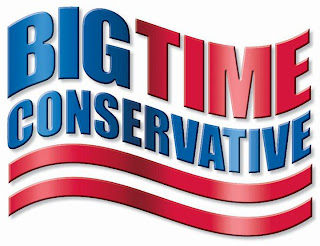 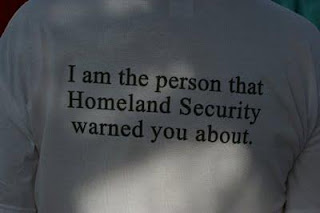 I’m not
writing this blog bragging or boasting about what I’ve been able to do with what
little influence I’ve had over the last eight to nine years. I know I haven’t
done as much or enough tomy own standards but nobody can say that I haven’t done
anything.  I want to do more and I plan to do more when God creates
opportunities for me to do so.  Until then, I do want to challenge
anyone and everyone reading this to do more. America needs as many conservative
patriots fighting for her freedom and liberty as possible. You know who
I am now. Who are You? Where do You Stand? What have you done?

House Republicans Better Put up or Shut Up
Jeff Charles