What is Sarah Palin Thinking? 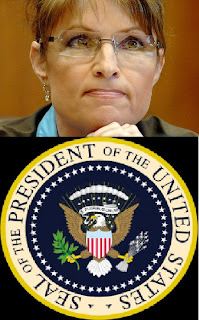 That is what America is Wondering.  Will she run for President?  What is she waiting for?  Although I am not Sarah Palin, I can guess from Sarah Palin’s History that she does have the “Fire in the belly” to run for President as she already told Greta Van Susteren but, More Importantly to her, She also has her Family’s Support to do so.  We also know that Sarah Palin is a Woman of “True Grit”.  Sarah Palin Connects because of Her Convictions.  Which is pretty amazing considering al that Sarah Palin and her entire family has been through since John McCain picked her to run as his Running Mate for Vice President back in 2008.  Sarah Palin has not had an easy life since that nomination.  She’s had a Hacker Hack into her Home Computer, a Gossip writer move next door to her up in Alaska to spy on her and her family, her emails as Governor released to the public and go through by thousands of journalists just looking to smear, distort and criticize something she did or said while Governor, Thouroughly Vetted for Vice President by the Republican Party which ended up costing her thousands of dollars since McCain did not win the President, he did Not Help Pay for that Vetting Process for her and has been Extremely Micro Scrutinized by a Mainstream Media just waiting for any slip of the tongue or caught in the headlight “Gotcha” moments.

You can Honestly say that Sarah Palin and her family has seen and heard it all throughout her political career.  Her Critics/Skeptics still refer to her as an Idiot, Scary, a Bad Disney Movie, Caribou Barbie, Moron, and overall someone who just is in way over her head in the world of Politics.  Is that a Fair assessment of Sarah Palin?  Is she really “in over her head”?  Or inexperienced?  What if I told You that after all of the scrutiny, opposition from the left, media and her own Republican Establishment in Alaska and around America, has only help fuel her fire and made her a Stronger, More Passionate and Louder Advocate for Conservative Principles that America hasn’t seen since Reagan in the early 80’s.  Nobody can really say that she’s been slowed down or stopped politically.  After leaving the governorship of Alaska, she didn’t slither away into a more guarded, safer, comfortable Private Life Far Away from the Cameras, her enemies and a Media Hellbent on destroying her Personally, Professionally and Politically.

Why is the Media so Against Sarah Palin in Politics?  What is up with that anyways?  Was Sarah Palin a Historically Horrible Governor?   Was Sarah Palin’s Politics that she has campaigned on from the beginning Dangerous to America?  What does Sarah Palin Stand FOR?  Who does Sarah Palin Fight Against?  Maybe that is the real answer and reason the Left, the Mainstream Media and the Republican Establishment fights So Hard and as Passionately as they possibly can to minimize her, ignore her, reject her and say she isn’t ready to be President.

Now I ask You, what if Sarah Palin Stands for what the Majority of Americans Want and Need right now in America?  What if Sarah Palin’s Politics that she has campaigned for from the very beginning is Exactly what America Wants and Needs right now?

When Sarah Palin ran for city council, mayor and governor of Alaska, she ran on Ethics Reform and infrastructure.  Doesn’t America with an Unpopular President and a Congress with an all time low approval rating need alittle Ethics Reform and Boost to Our Infrastructure?  Many Experts around the country enjoy pointing out how polarized America has become recently and how bitter both sides of the aisle are at war with each other.  I ask again, Does Sarah Palin have a Public Record of Accomplishments Anywhere of being Partisan?  Or Polarizing?  Or does she have a Steller Record that shows Success, efficientcy, effectiveness and Winning Massive Bi Partisan Support for Major issues that faced Alaska?  I think the Public Record clealy shows that Sarah Palin does what is best for PEOPLE.  Not Her Party.   Her Victories of being elected onto city council, mayor, chair of the Oil board and Governor, her Victories of her Policies that enabled Oil and Natural Gas to be drilled by Unwilling and unmotivated Big Oil Companies like Exxon Mobile and Conoco and cleaning house of corruption within her own Republican Party when it so badly needed it for any positive Progress for ALL ALASKANS.  That is what Sarah Palin did in Alaska.  That is the Difference she made in the Life of Every Alaskan in the offices of Authority she was Entrusted with.  Sarah Palin is Guilty of putting Ethics and Pride on the sidelines to do what was Right instead of what others in those positions chose not to do before her.  Sarah Palin took the Hard Road but the Right Road every time and the People of Alaska kept Rewarding her for her Ethical Integrity every time and every step of the way.  That is also another reason the media, the left and the Republican Party Establishment is trying so hard to slow down, minimise and reduce Sarah Palin as a Cheerleader, Rabble Rouser and Outsider looking in.

The Real Sarah Palin is hardworking, conscientious governor diligently serving her constituents.  Sarah Palin is a Woman of Action and Her Actions Speak Much Louder than Her Words.  If ever elected as President, a ‘President’ Palin would govern in the same way ‘Governor’ Palin did.  Remember, Reagan was ‘Unelectable’ too.  At the end of the day, when all is said and done to keep Sarah Palin from becoming President, Palin’s Good Governing Record Doesn’t Matter Just Like Obama’s Awful Record Doesn’t Matter.

The Problem for the Media, the Left and the Republican Party Establishment is they don’t get to decide Who the American People Vote for in 2012.  The America People Decide at the ballot boxes Who gets elected as President.  Despite their Best Efforts, Sarah Palin is still being discussed and talked about almost daily by Americans Who follow Politics. That is what matters and what is Most effective in Today’s Modern Culture.

And just for You Skeptics, Critics and Naysayers Who Don’t Know or Appreciate Sarah Palin’s Record as Governor of Alaska, These Stats are for YOU!

When Governor Palin set out to cut Alaska’s dependence on government funds, she was serious!

Check out these numbers:

That was a gigantic 80% drop in federal requests by the Alaska governor’s office.

See what I mean about leading by example? Not only has Governor Palin dropped the federal requests for money by 80%, she has also been slowly chipping away at these numbers since the beginning of her administration.

As you can clearly see, there has been a noticeable drop in federal requests year after year during Governor Palin’s administration.

Now, before anybody misunderstands me, remember that Governor Palin’s office is not the only office to request federal funds. Plenty of people do the best they can to work around her, and they do manage to create additional headaches for the state.

Also keep in mind that not all of these requests are approved by the federal government.

Governor Palin had to start somewhere, and she chose to get her own adminstration under control first.

Pretty impressive in my book.

I made the Best Effort to Promote, Support and Showcase Sarah Palin, Her Accomplishments, Achievements and Lasting Impact on America’s Modern Political Debate.

The rest is up to You to decide for Yourselves.

I Do Hope to see this for real sometime soon in America’s Future though.  It would be in America’s Best Interests!  God Bless!

Please See My Blog Page for other Pro-Sarah Palin Blog Posts.  Thank You! 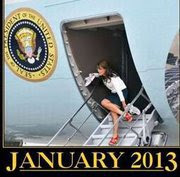 In Final Weeks of Virginia's Gubernatorial Race, It's Clear Where Momentum Is
Townhall
Chaos expected in DC on Monday after Metro announces that 60% of the fleet will be out of service
Twitchy
MSNBC Host Pounces, as NBC's Chuck Todd Dares to Tell the Truth About Biden
Redstate
Virginia Parents Announce 'Not a Domestic Terrorist' March in Washington
PJ Media