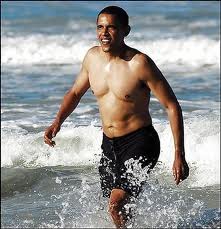 I wrote this blog post for all of the critics out there who are still trying to claim that the GOP Candidates for 2012 are weak or soft. The picture above is just the beginning of how weak and soft Obama is. If Obama’s Current Job Approval Polling Numbers from Rasmussen’s Presidential Daily Tracking Poll of 38% of Americans Polled “Strongly Disapprove, giving Obama a Presidential Approval Index rating of -14” is not enough to deter such critics.

Maybe RealClearPolitics.com’s Multiple Polls they posted showing NINE different Polling Sources while giving theirs at the top pretty much seals the deal about where Obama is standing with the American People right now.

Republicans are supposed to be intimidated or threatened by that man frolicking around without a care in the world as America is crumbling, struggling to survive and falling to pieces.

This GOP Field of Candidates is the Strongest and Most Conservative that I’ve ever seen. Michele Bachmann, Mitt Romney, Newt Gingrich, Rick Santorum, Tim Pawlenty, Herman Cain, John Huntsman, Ron Paul and Gary Johnson have committed to enter this race to be President in 2012 because they don’t fear Obama, the main stream media or the skeptic/critics when they try to prop up and rewrite how wonderful Obama is.

The three strongest and most conservative being Michele Bachmann, Rick Santorum and Herman Cain with rumors still flying on a possible Sarah Palin and Rick Perry announcement due at any moment.

Even the weakest GOP candidates look like they’re willing to mix it up with Obama about his horrible record as President without holding back. My opinion about this current crop of Presidential hopefuls is any one of them would be better than the hapless, inept and juvenile Obama/Biden Ticket in 2012. 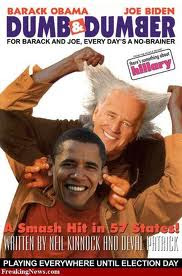 The GOP Candidates are not perfect by any means but when judging them or grading them against Obama or Biden, they set the bar pretty low.

I Know the Main Stream Media will spin and twist the overall achievements Obama/Biden did but that is what they do in every modern election. It is a Short List and Very unimpressive. This is nothing new, special or unexpected from the sold out main stream media. The Main Stream Media is bias and Not as Main Stream as it once was. It’s been replaced with Internet Social Networking Sites like Facebook, Twitter and other Popular Blog Sites which Andrew Breitbart and Many other Tea Party Conservative Patriots like to refer to as ‘The New Media”. I call it that also but I also call it “The Better Media”. Certainly More Fair and Balanced than the Dinosaur Media News Networks shilling for the Most Socialist/Progressive running in the current race. No Independent Free Thinking Person relies on the Main Stream Media for Accurate News anymore these days. None that I know or talk to anyways.

With all of the Modern Technologies available in America today from the internet, Smart cell phones, iPods, iPads, Kindles and Nooks, obtaining Accurate information as it breaks is easier than ever and more American Citizens are noticing and taking full advantage of this as it pertains to following politics, sports, music or whatever.

Today’s Concerned Citizen/Registered Voter will seek out the Truth and find it quicker than ever before in history.

Here’s Some Truth and Facts they’ll find about Obama through Very Simple and Easy Google Searches about Obama:

Obama Claims to have visited 57 States at a campaign event in Beaverton, OR on May 9th, 2008.

Another 2008 Campaign event in Bristol, VA at a Obama Townhall Event on June 5th, 2008 brought us the Famous “Obama breathalyzer moment”

Obama’s Gaffes are the Gift that keep on giving and he is far from being graceful or gracious.

The Critics say we need to be fearing that man in 2012?

I Don’t think so!

It’s not just his verbal mistakes that he’s made in public that the media ignores and hides the best they can to protect the image of a President that Agree Most with their Ideology or about how many states there are in America or what medical device is needed for a child with Asthma, it’s really about how Obama is far from being All American. Obama is out of touch and not in sync with most average Americans.

Have You seen this Guy Throw a Baseball? 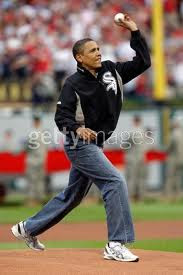 If that isn’t pathetic enough, his bowling is not any better, it’s actually worse and embarrassing! 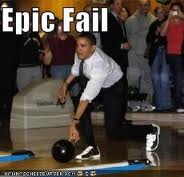 Even Obama admitted that he was a lousy bowler but he did so in an insensitive manner which was not appropriate or Funny. He went on the Jay Leno Show and said he should be bowling in the Special Olympics. That comment was uncalled for and not Presidential by any means.

Obama’s poor bowling skills is from lack of practice, skill and technique. It has nothing to do with the Good Hearted People of the Special Olympics that he threw under the bus seemingly for no good reason except for maybe a cheap laugh. That’s all he got too. A cheap laugh. I Hope he’s proud of himself.

I hate to break it to Obama but I think mentally disabled and special needs people can bowl better than he can.

Now we turn our sites to and our attention to the Vice President, Joe Biden.

A simple Google search for Biden Gaffes produces 565,000 Results. Do I even Need to go there?

I didn’t think so. 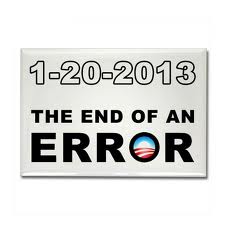 The Bottomline about Obama/Biden in 2012 is whoever they face in the general election in 2012, the momentum is on the side of the republicans right now and will remain so all the way to the ballot box. Why is that?

Nothing will change in a positive way that needs to from now until we cast our votes in 2012.

Obama/Biden are Ideologues and determined now more than ever before to finish accomplishing their list of “Changes” and “Transforming America”.

This GOP Class is Real Good and certainly Better than anything close to what Obama/Biden offer. Each and every single GOP Candidate is campaigning on Conservative, Constitutional, Free-Market, Limited Growth and Pro Job Growth Solutions meanwhile Obama is playing yet another round of Golf and Biden is trying not to make anymore public gaffes.

The sad and pathetic truth about 2012 is that Obama/Biden is still the absolute best the democrats have to offer.

That is truly sad and deeply pathetic.

I Dare these same critics and skeptics of any of the GOP Candidates take a Good, Long and Extremely Hard Look around the Country and Show us Democrats who are full of Useful, Helpful and Reasonable Ideas that will turn America around without throwing money at the problem creating more debt. I Honestly Don’t think there’s a Good, Decent Quality, Clear- Thinking Democrat Candidate left in public office to be found anywhere in America.

So that’s my personal challenge to the skeptics/critics, the left and the Main Stream Media which is really all the same anyways but they just refuse to admit it publicly.

There is one other sport that Obama has taken a liking to but we’ll never know how good or bad he plays the game. 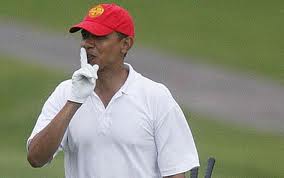 Obama has played More Rounds of Golf than any modern day President. Maybe More so than any President ever. I think 73 Rounds of Golf is excessive in an extended economic Depression that America has been in since 2008.

Playing Sports is Great Exercise and Recreational. I get that. I’m not at all bashing these sports or that Obama plays them. It is just that Obama plays them so poorly and with golf, it feels like he’d rather play a round of golf than figuere out how to balance America’s Budget or sign more drilling permits for offshore drilling to help reduce the high cost of gas at the gas pumps this summer. 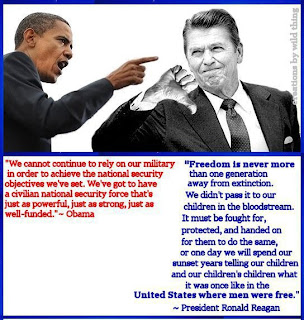 Republicans continue to hold a modest lead over Democrats on the Generic Congressional Ballot. Today, at 3:00 p.m. Eastern, new numbers will be released for the match-up between President Obama and a Generic Republican presidential candidate.” – Rasmussen Poll 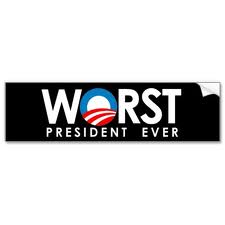 I think I laid out enough evidence and proof that it’s not the GOP Candidates running for President in 2012 who should be worried or concerned about winning.

That worry and concern should be the Democrat Party Who helped place their most radical/extreme Partisan Candidate into the White House back in 2008.  Now as Obama’s Famous Controversial Pastor Rev. Jeremiah Wright once said “America’s Chickens…..are coming Home…to Roost!”

Well now the Democrat Party will have to Protect and Defend Against all of the Damage and Destruction that the Obama/Biden have done while in the White House during their first term.

It won’t be fun or easy for the Democrats or the Main Stream Media.  They’ll do their best.

It just won’t be Good enough.

This is a new America.  A Smarter America.  It’s also a Damaged and Failing America that Desperately Needs a Breathe of Fresh Air and Pep in their Step right now. 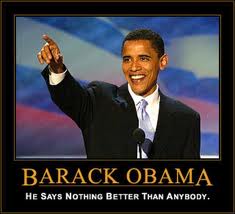 The Only Party offering ideas to move America back in the right direction that it needs to go in is the Republican Party being led/fueled by the Conservative Grassroots Tea Party Movement as evident by the Mid Term Elections in which even Obama had to admit was a “Thumping”.  Or in other words, the American People want a new direction because Obama’s direction is not working.

No….I’d say the GOP Candidates and the Republican Party are the Heavy Weights in this Upcoming Title Bout.  Obama/Biden are the Jokers on the Ropes Who have Tons of Explaining and Defending to do.

The New America I described above only has to look in their own neighborhoods, businesses around town and negative news reports they hear and see every day to realise who is being honest telling the truth and Who is just trying to remain in power long enough to “Fundamentally Change/Transform” America into something they make through Government efforts.  That never works and it won’t work this time either.

Actions speak louder than words but in America the actions of the Voters will be electing one of these GOP Candidates to be the Next President of these United States of America.

Last time I checked Americans recognise and notice losers and make necessary changes when needed to save the country.  No difference here.  Americans will come together to toss out these clowns and elect a solid GOP Ticket Who will do the right things for America and Americans.

I’ll write about that in one of My next Future Blog Posts.

My Blog Page is at: Conservative Heat in the Tucson Deserthttp://t.co/M3Gtkw3 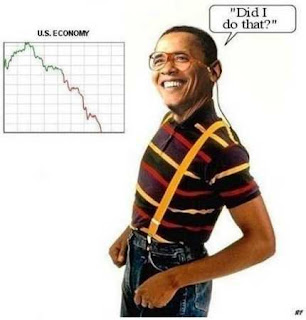 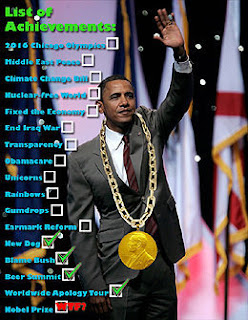 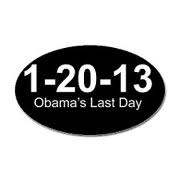 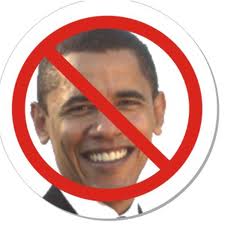