Andrea Mitchell is Wrong...Sarah Palin is Welcome at Rolling Thunder 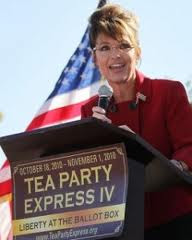 Anyone Surprised  by Andrea Mitchell being wrong?  I didn’t think so.

Last night, NBC’s Andrea Mitchell and Lauren Stephenson reported that the veterans group Rolling Thunder had not invited Sarah Palin to their annual ride taking place this weekend and were dumbfounded when Palin announced her participation as the start of her bus tour.   Under the headline “Stealing Their Thunder,” Mitchell suggested that Palin was hijacking their “very serious purpose” with her participation.  The piece hinges on an interview with Rolling Thunder’s Ted Shpak, who called Palin’s announcement “a big distraction”

One day after Sarah Palin announced her bus tour, a group sponsoring a Memorial Day weekend event she plans to attend said they never invited her.

On Thursday, the former governor of Alaska and potential GOP presidential candidate announced her bus tour on her political action committee’s website, Sarahpac.com. The tour is to begin in Washington, D.C., where Palin plans to participate in the Sunday motorcycle rally sponsored by Rolling Thunder Inc., a group that raises awareness of prisoners of war and those missing in action.

“She’s not invited to speak. We’re not endorsing her … (but) we can’t stop her from coming to ride, if she wants to ride,” Shpak continued.