Don't Step on My Conservative Toes! 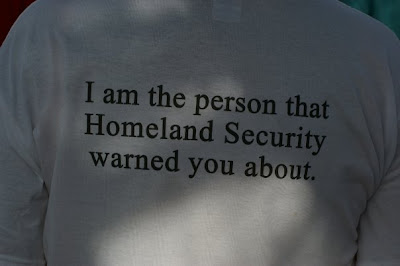 There’s Are Conservatives Around Town Claiming that Conservatism is a” Product” to be “Sold” to the Masses like a “Product on tv”.
I Fundamentally Disagree with this Assement and Comparison.
Conservatism is NO “Pitch” or “Hustle” or a “Product” to be Sold.
The Reason Conservatism is NOT a “Product” to be “Sold” is Because Conservatism is Based on Principled Philosophy Individuals Choose to Live their Personal Life by.
It’s NOT a Game or Ploy Something Someone Buys from an Infomercial.
That is just a Ridiculous Comparison. It Cheapens what Conservatism is.
Conservatism is Much BIGGER Than that. It’s a Way of Life.
An Individual’s Choice of How They Live Their Life is Deeply Personal Made with Strong Convictions. Not to be Taken Lightly or Compared to Infomercials or Fast Food Products. It Takes People Years of Study and Self Education to Subscribe to Conservatism or Liberalism.
It’s Foolish to Think or Say Otherwise.
As Such, this is NO TIME to be Attacking or “BLOGGING” about other Active Conservatives Who Are Faced with Daily Opposition.
Conservatives have a Hard Enough Time Defending their Point of View to Liberals.
Conservatism is NO Hype!
It’s NOT a Product to be “Sold”
No Salesmanship is Needed or Required to Sell a Quality Principled Philosophy that Stands on the Shoulders of the founding Fathers Then Carried on through the Years by Barry Goldwater and Ronald Reagan.
Now Conservative Talk Radio Show Hosts Like Rush Limbaugh, Sean Hannity, Mark Levin, Laura Ingraham, Glenn Beck and Gordon G Liddy do Most of the Heavy Lifting but Conservatism hasn’t Changed over ALL of these Many Years.
Read Full Blog Post at:  http://t.co/Ueqv6OY
Share
Tweet
Tags: CONSERVATISM CONSERVATIVE GLENN BECK LAURA INGRAHAM MARK LEVIN PHILOSOPHY
Register Login to Comment
TRENDING