Can Someone be "Too Conservative" to Run for Public Office? 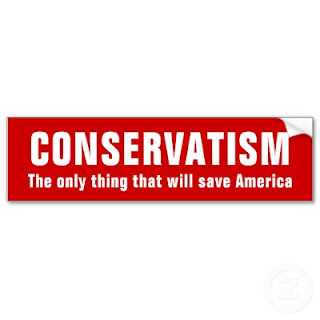 Can Someone be “Too Conservative” to Run for Public Office?

I’ve Heard this Statement Far Too Often by Too Many People. I have to address this issue.
Every Time I hear this from People I Know, the Lamestream Media or Strangers I bump into around Town I have to cringe and grit My Teeth a little bit. It Bothers me and Rubs Me the Wrong Way BIG TIME!
The term “Too Conservative” doesn’t Make ANY Sense to Me at all.
How can Anyone be considered or Labeled “Too Conservative”?
I Honestly Believe that You’re either Conservative or You’re NOT.
Being Called “Too Conservative” by Someone is the SAME as being Called “Too American” or “Too Patriotic”.
If Someone is Claiming to be a Conservative and Campaigning on Conservative Principles, what’s the problem?
Why are some Challenging this Candidate?
If Someone is Campaigning as a Conservative and Fights for Limited Government, Cutting Taxes and Free Market Solutions for the Problems facing America today, What’s the Problem?
Why are some still Challenging this Candidate?
If someone is Campaigning on Limited, Responsible and Constitutional Government, What’s the Problem?
Why are some still Challenging this Candidate?
I STILL hear some people say things like “Palin Shouldn’t run for President because she’s TOO CONSERVATIVE” or “Christine O’Donnell Didn’t Win her Senate Seat because She was TOO CONSERVATIVE” I Think these are Very Ignorant or Naive Statements to make. Especially if You Identify Yourself as a Conservative, a Tea Party Patriot a Republican or a Right Leaning Independent. This is just Unacceptable Language out of an Educated, Informed and Intelligent Person to say. Those Who Know Should Know Better than to allow such Foolishness Slip out of Our Mouths.
What Makes People Say Such Foolish Things like this anyways?