Why I Choose to be a Conservative 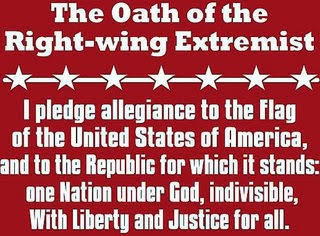 Choosing to be a Conservative came Naturally for me. I did have to Grow up and Mature alittle first.
I wasn’t Really into Politics for MOST of My Young Life. I Could Care Less Who the President was or what Congress was doing. It didn’t Mean Anything to me. I just Lived My Life without a Caring about How laws were being Passed everyday that Effected My Life and Everyone’s Life Around mine too.
I Didn’t Really involve Myself with Politics until After the Attack of the World Trade Towers in New York City on Sept. 11th of 2001. I was Shocked and Horrified as were Most Americans on that day. It was a Rude Awakening to Say The Least. That Day Changed My Life Forever.
My Life has Never Been the Same Since.
I Was Impressed and Thankful to how President Bush and New York City’s Mayor Rudolph Giuliani Handled Everything in the Aftermath of it all. I Became Much More Motivated to make Sure the Right Leader was Leading and DEFENDING Our Country to the VERY BEST of their Ability.
Years went by and I saw Bush keeping America Safe. The Bush Administration Vowed to Stay on Offense to those Who Still Wanted to Harm Americans instead of sitting back waiting for another Terrorist attack. Just watching Bush Working Hard and doing HIS BEST to Keep America Safe Convinced ME to Think that Bush was a Very Brave Man.I was Proud to give him another Four Years to Keep America Safe and Stay on Offense. I thought he was doing the Right Thing Protecting and Defending America.
That is ANY President’s NUMBER ONE PRIORITY!
Presidents are COMMANDER IN CHIEF!
Presidents are in charge of America’s Military. The Best, Most Powerful and Dangerous Military in the Whole World. A United States President’s Authority and Influence in the World IS something NOT to be taken lightly. An American President is THE MOST POWERFUL PERSON IN THE WORLD!
It was during Bush’s Campaign for Re-Election Against John Kerry that I really got involved and Wanted Bush to Succeed. I Mostly wanted Bush to Succeed for the reasons I already listed above. I also Liked Bush’s Personality and the way he Carried himself. I still liked his Bravery and Courage to Stand up and Fight against Terrorists who Still Hate us and Want to Harm America. That was Important to ME. I thought it was Great that We Found Saddam in a Rat Hole and turned him over to the Iraqi People for Justice. That IS What He Got and That IS What He Deserved.I Will be Honest with You about another reason why I voted to Re-Elect Bush for a Second Term. I Could NOT Stand John Kerry. I couldn’t Find ONE Good Reason to Vote for him. I Couldn’t find ONE Good Quality about him that I Liked or Admired or even Personally Connected to AT ALL. NOT EVEN ONE! So that was just one other reason to Vote for Bush as far as I was concerned. A Vote For Bush was a Vote AGAINST KERRY.
This probably doesn’t sound NEW or Different to People Who have been following Politics or have been Politically Involved for A LOT Longer than Me but this is My Note about “Why I Choose to be a Conservative”.
This is My Story and this is how I really came about following Politics and becoming More and More Politically Involved.
Now I Know by now Some Must be Reading this and thinking to themselves, Why does he keep going on and on talking about Bush for? President Bush was NOT a Strong Conservative Leader. Bush was Far From it but Bush did have a Few Conservative Principles he Held onto. Strong National Defense, Pro Life, Pro Family, Pro Marriage, Christian, and maybe a few More if he was LUCKY! But it wasn’t Bush ALONE that Convinced ME to Consider MYSELF a Conservative.
Read Full Post at:  http://t.co/6X8cAlz
Share
Tweet
Tags: CONSCIENCE CONSERVATIVE CONSERVATIVES MORALS PATRIOT PHILOSOPHY
Register Login to Comment
TRENDING