Moderates in the Republican Party 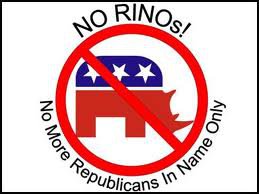 The Republican Party is Better off Standing on the Right Side of History NOW and when President Reagan was this Nation’s Most Popular Modern Day President. Which I Doubt We’ll see again until another Brave, Courageous, Smart, Witty, Intelligent, Classy, Principled, Grounded, Proud, Bold, Fearless CONSERVATIVE Candidate comes along who is NOT Afraid to Proudly, Boldly and Loudly Express CONSERVATIVE Values and Principles just as Reagan did in ALL of his Years in Politics. I Know that Reagan’s Model/Example is the RIGHT Model/Example ANY Modern Day Candidate Should be Following because Today’s Events are NOT unlike the Challenges that Reagan Faced in the Early 80’s after Defeating Jimmy Carter and Easily Winning in TWO Landslide Victories!