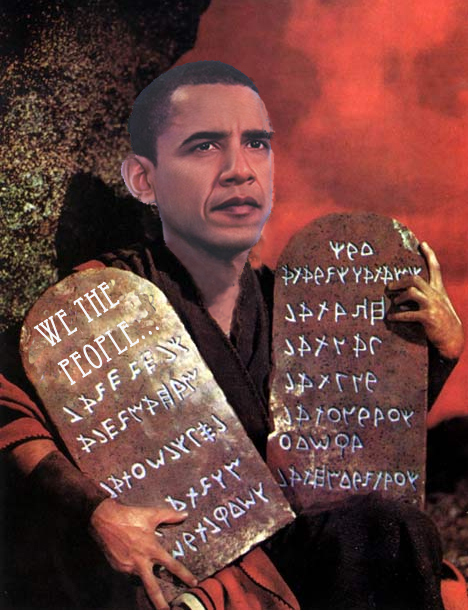 At a Washington D.C. news conference held today at the Offices of the Center for American Progress,  archeologists working for the Smithsonian Institution have announced an incredible discovery, a revised copy of the U.S Constitution dated 1790. This document was passed by the original 13 States with the intention of  supplanting the version  ratified in 1788. The Chief Archeologist on the project called the document “the Dead Potomac River Scrolls,” because they were found in a previously unknown cave on the bank of the Potomac

According to the scientists, a 13-year-old boy named Zach Emanuel was walking his dog near the river, threw a stick and and heard some glass shatter. He followed the noise into the cave and found the document amongst some broken beer bottles left over from some ancient beer summit. Scientists determined  the cave was once occupied by some ancient cult of prognosticators. Also found in the cave was and old mens-style  tutu and some leftover yarmulkes from Rahm Emanuel’s Bar Mitzvah.

The cult known in history books as the Progressenes, wrote the document in English and it begins with an amazingly prophetic preamble,

We the People of the United States, in Order to form a Union even more perfecter than we did two years ago, do ordain and establish this brand spanking new Constitution for the United States of America recognizing that the document approved in 1788 forgot to talk about social justice.

The over-all document is very similar to the Constitution passed in 1788, it just adds a few things:

It is quite amazing the way these Progressenes were able to see into the future.

Beyond the prophetic articles and preamble, included in this revised constitution was a document called “The Bill of Other Rights Which Corrects the Original Constitutions Wrongs,” these included:

Some skeptics will tell you that this document is an obvious forgery, I can even see CPAC Blogger of the year,Ed Morrisseyuse this story as part of his daily Obamateurism of the Day feature. But anybody doubting the pedigree of this document is obviously taking a bipartisan effort and trying to interject partisanship.

For proof of its validity, just look at the fact that this document has already been endorsed by the administration. This is the administration that told us Joe Sestak wasn’t offered a job, there were no earmarks in the stimulus bill, Obamacare would reduce the deficit, and there would be absolutely no new taxes on anyone making less than $250,000 a year,  why should we stop believing them now?

Perhaps the best reason to believe that this document is real, is the fact that the provisions of this revised constitution were put into practice when Barack Obama became president. If these provisions were followed without  a supporting constitutional document, the press, who is counted upon to be a watchdog over the government would scream bloody murder, and they have been totally silent. You see, it has to be real! The document also provides an answer to those who claim that Barack Obama is some sort of socialist trying to over-turn the US Constitution. Based on the newly found document he is a strict “constitutionalist”.

According to the archeologists, there are more documents in the cave, specifically court precedents supporting the revised constitution, a new version of the Bible that strikes out any connection between the Jews and the Holy Land,  and a history of Chicago politics, all of which will be released as soon as they are written by examined by the new Archeology Czar, scholar Bill Ayers.