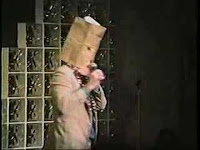 Once again the cure is as bad as the illness. It seems as if going green can really cause someone to turn green. Those reusable grocery bags can make you sick.

Remember the good old days, when you went to the grocery store and brought food home in brown paper bags. Those bags were great, they had so many uses once you brought them home, everything from “trick or treating,” to trash bags. Heck, they even inspired a popular comedian “The Unknown Comic”

Throughout my school years every text book I had was named Walbaums, because they were protected by brown paper bags from my mom’s favorite Supermarket.

But those bags used paper and the environmentalists wanted to save the rain forests so they switched to those thin plastic bags. The plastic could still be used for Halloween, and are perfect for your wet bathing suits when coming home from the beach. But plastic uses petroleum and take centuries to decompose so the environmentalists didn’t like them either. To be honest neither do I, they aren’t really strong enough to hold the groceries without tearing. 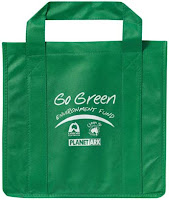 Enter the reusable grocery bags, they are good for groceries and Halloween, but you can’t use them for book covers. It doesn’t kill trees and will slow the build-up of plastic in the land fills. The only real problem with them is they are great incubators of E.coli, and salmonella

Tests on shoppers’ bags revealed half contained traces of E.coli, a lethal toxin which killed 26 people in Scotland in 1996 in one of the worlds worst food poisoning outbreaks.

Scientists also found many were contaminated with salmonella.

Researchers blame the fact that consumers do not realise reusable bags need to be washed regularly at high temperatures to kill off bugs deposited by raw meat packaging.

They warned the levels of bacteria they found were high enough to cause a wide range of serious health problems and even death.

Think of it this way, the environmentalists may save the rain forests, and clean up land fills, with the unintended consequence of killing children, as kids are particularly vulnerable to the effects of organisms such as E.coli.

The tests were carried out by experts at the University of Arizona, who stopped a total of 84 shoppers in Tucson, Los Angeles and San Francisco to check the state of their bags.

The popularity of reusable eco-friendly shopping bags has soared in Britain, as in the US, as the growth in the recycling culture means fewer consumers rely on disposable plastic bags.

Many of the new bags are made from jute or woven polypropylene.

But while they are better for the environment, the new research suggests they could be harmful to health if not cleaned regularly.

Oh and the hotter the climate, the worse the contamination so imagine what will happen if Al Gore is telling the truth (about climate change, not that massage in the hotel)

Professor Charles Gerba, who led the study said: “Our findings suggest a serious threat to public health, especially from bacteria such as E.coli, which were detected in half of the bags sampled.

“Consumers are alarmingly unaware of these risks and the critical need to sanitise their bags on a weekly basis.”

A poll revealed 97 per cent of shoppers who used eco-friendly bags never washed or bleached them.

Here’s an idea, throw out the reusable bags and the plastic and lets go back to the best option of all, paper bags. Think of all the trees and plastic we won’t be using for book covers. 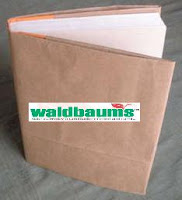 You can read more of Jeff’s writing at his website, Jeffdunetz.com