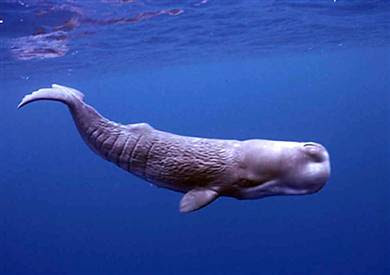 Many people heard the President’s speech the other day and didn’t understand why he spent so much time plugging alternative energy and so little time talking about plugging the hole in the Gulf of Mexico.  Well those people can stop wondering. Two recent news stories have led me to discover the answer and ease their minds —Whale poop.

According to a report in the Sydney Australia Morning Herald, poop from Sperm Whales may be an important weapon in fighting global warming.

Previously, the whales were thought to be almost as bad as humans because of their disgusting habit of respiration (breathing in oxygen while exhaling the green house gas CO2). But scientists have discovered that on an annual basis, sperm whale poop removes carbon from the atmosphere equivalent to taking 40,000 cars off the road.

In a heroic calculation, Australian biologists estimated that about 12,000 sperm whales in the Southern Ocean each defecate around 50 tonnes of iron into the sea every year after digesting the fish and squid they hunt.

The iron is a terrific food for phytoplankton – marine plants that live near the ocean surface and which suck up CO2 from the atmosphere through photosynthesis.

As a result of faecal fertilisation, the whales remove 400,000 tonnes of carbon each year, twice as much as the 200,000 tonnes of CO2 that they contribute through respiration.

The whale poop is effective because they are released in form and close to the surface, before the mammals dive, said the paper. Now here is the second part of the story. AOL News is reporting that a dead sperm whale has been found a scant 77 miles from the site of the Deep Water Horizon Site:

… scientists from the National Oceanic and Atmospheric Administration are trying to determine whether it was killed by the oil.

The sub-adult whale was found Tuesday by the NOAA ship Pisces in oil-free waters but had been dead from several days to as long as a week and may have floated from contaminated parts of the Gulf, NOAA announced today.

“NOAA and the Unified Command Wildlife Branch have had numerous reports of sperm whales seen swimming in the oil, but this is the first confirmed report of a dead whale since the BP oil spill began,” the agency said. “NOAA remains concerned about sperm whales, which are the only endangered resident cetaceans in the upper Gulf of Mexico. “

Now it all makes sense! The President wasn’t being Political, all of that talk about “never letting a crisis go to waste” was bunk. Let me explain,  the  oil slick is killing sperm whales, sperm whales help clean up greenhouse gasses, greenhouse gasses cause global warming.

That’s why the President spent more time plugging alternate fuels during his oval office speech than talking about plugging the oil leak. The President’s speech was not about politics as the naysayers have claimed. The purpose of Obama’s speech was simply to throw more whale poop at the citizens of the United States.