Its The Freedom Stupid! Tell The Progressives You Want Your Freedoms Back 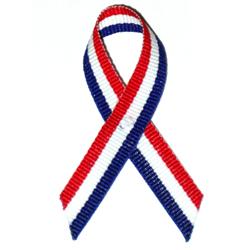 The adversaries of the Constitution seem to have lost sight of the people altogether in their reasonings on this subject; and to have viewed these different establishments, not only as mutual rivals and enemies, but as uncontrolled by any common superior in their efforts to usurp the authorities of each other. These gentlemen must here be reminded of their error. They must be told that the ultimate authority, wherever the derivative may be found, resides in the people alone, and that it will not depend merely on the comparative ambition or address of the different governments, whether either, or which of them, will be able to enlarge its sphere of jurisdiction at the expense of the other.-James Madison Federalist #46

Personal Freedom in America took a huge hit yesterday with the passage of Obamacare. But lets be clear it was not the first injuring blow against our freedoms, but the bill that was passed last night on the house floor may have been the most serious blow against American Freedom in our lifetime.

It’s been a long time since James Carville said the most famous thing he ever said: It’s the economy, stupid. That famous phrase was in fact part of a sign hung in the Clinton campaign headquarters in 1992. Allow me to suggest that every freedom-loving candidate put a sign up in their office that says, Its the Freedom Stupid!

The Task Force is part of the Healthcare Research and Quality Agency (AHRQ).  The task force is the ‘bean counting part of the Dept. Health and Human Services. AHRQ’s mission is to improve the quality, safety, efficiency, effectiveness, and cost-effectiveness of health care for all Americans.  The Senate bill makes medical care a matter of cost-effectiveness, not saving lives.(SEC. 2708. COVERAGE OF PREVENTIVE HEALTH SERVICES.)

There are tons of other examples, the IRS being able to go into your bank account if you don’t buy heath care, Abortion so on and so forth.  Last night was a declaration of war by the Progressives against the US Constitution and the Freedom of the People of the United States.

The gauntlet has been thrown at our feet we MUST pick up the challenge. The number one question that should be asked of every candidate for office during the coming eight months is how will you work to restore our freedom?

Everybody’s first priority should be restoring our Freedom. Progressive candidates of all parties should be challenged in Primaries. If you are left with only progressive candidates, then support the candidate that will help put fighters for freedom into the leadership of congress. Talking about the founders and the constitution should be regular discussion to our colleagues, family and children. Its not just about repealing the health care bill, its about making this government smaller, cutting the national debt and taxes and returning the United States of America to the successful, free nation laid out by our Founders.

To show the world that I support freedom in America, today I will be buying a red, white and blue ribbon and tying it around the mailbox in front of my house. Ever since the kidnapping of people in the US Embassy in Tehran, we have used a ribbon in our front yard to remind people of our support and love for the people who have been kidnapped.  This time it isn’t people who have been kidnapped but our freedom. Let me suggest you join me in keeping a Red, White and Blue ribbon around your Mailbox, your tree, etc, and keep it there until we get back the Freedoms given to us by our Maker,  and guaranteed to us by the United States Constitution.

The Progressives think that Americans are forgetful, they do not believe that we will remember yesterday’s attack on freedom come November. Let the ribbon outside your  house remind you, your neighbors and Congress that you will remember.  And GET INVOLVED  the ribbon is just a reminder.Find a freedom oriented candidate to support, if you can’t find one, or even if you do, join a freedom movement such as a tea-party, or 912 movement. Just show them that you will remember !

For More of Jeff’s Writing, Please Visit  His Website, The Lid