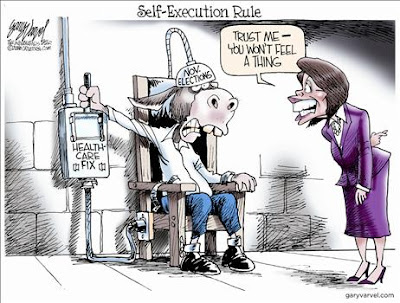 Self-execution rule is right! The latest Fox News Poll was just released and it reflects the degree of anger and disenfranchisement Americans feel about their federal government, spurred on by the Obamcare poll that very few want. And the closer we get to the final vote that anger accelerates.

Below are some key findings:

The bottom line is that Americans are angry and frustrated they feel that their president as well as their representatives in the legislature are ignoring their wishes and breaking the rules to pass a bill  they do not want. They are not governing according to the will of the people. 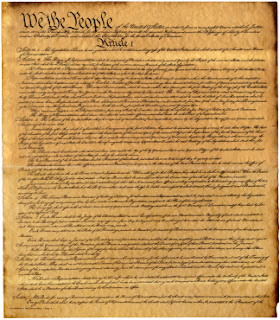 Our founding fathers did not for the government to hold the power in this country, they expected the government to serve the will of the people. Just look at the Constitution. See how much bigger the words “We The People” are.  They are not bigger because the guy scribing the document felt he was going to run out of room so he made the rest of the words smaller.  The words “We The People” are larger because the founders wanted everyone to know where the power and legitimacy of government came from, the people.

The Full Poll is embedded below:

BREAKING: Eight People Shot And Killed At FedEx Facility in Indianapolis
Townhall
Chicago Mayor Lori Lightfoot warns Chicagoans to brace themselves for footage of 13-year-old being shot by police
Twitchy
It Sure Looks Like the MLB Made a Big Mistake by Getting Political
Redstate
The Truth About 'Papa John' Schnatter Finally Comes Out
PJ Media