Sean Penn is Allowed To Desecrate a Sacred Place 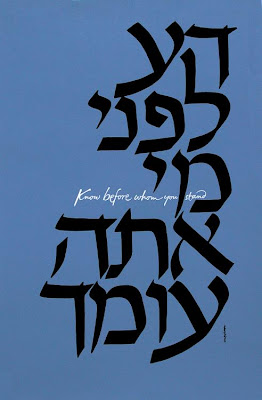 Almost every Synagogue I’ve ever entered has these Hebrew words somewhere in its sanctuary, Dah Lifnei Mi Atah Ohmed, they are usually on top of the Ark which houses the holy scroll of the Torah. It means “Know Before Whom You Stand.” It’s a signal to remember that where ever you go, you stand before God. It’s also a signal that the Synagogue is a Holy Place, and you need to be careful what you do, say and bring into this holy building.

Yesterday Rabbi Lustig of the Washington Hebrew Congregation, forgot the meaning of that Hebrew phrase, when he allowed serial hater Sean Penn to use his Shul for a publicity stunt.

Granted,  the reason for Penn to be in his House of Worship was a fundraiser for the victims of the horrible Haiti earthquake, but I can’t recall one place in the Torah where the ends justify the means. If the Rabbi had tried to find a different “name” he could have.

Penn is a bully, having been convicted of assault twice (and has one more on the way).  He has visited and befriended murderous tyrants such as Sadaam Hussein, Fidel Castro and Hugo Chavez, thus giving legitimacy to their murderous acts.

In Judaism we are taught not to wish evil upon our enemies, we are to pray that they change their ways.  This is what Sean Penn wishes upon his enemies “Do I hope that those people die screaming of rectal cancer? Yeah

In truth, Penn’s presence in the Washington Congregation is what Jews call a Chilul HaShem, a desecration of God’s name. And the incident at the Synagogue made things worse.

Members of the media were invited to a gala hosted at the Washington Hebrew Congregation and were allowed to ask one question each of the actor in a closed-door news briefing.

When the Yeas &amp; Nays reporter asked, “How have you seen your critics change since you mentioned that they should die of rectal cancer?” publicity coordinator C.J. Jordan interrupted to say the reporter was only allowed to talk about the Haitian benefit.

“You know, I think that you are investing in a culture that I am not interested in. And you should go your way,” Penn said to the reporter, when she said her question was related to his involvement in Haiti.

Jordan ended the interview, and publicly scolded the reporter outside of the media room. Jordan told the reporter that to keep her job, she needed to write a letter of apology to the Haitian ambassador. The publicity coordinator then threatened to have the reporter escorted out of the building by the police.

No Ms Jordan by inviting Penn to a Shul, the Rabbi desecrated the sacred place.

The congregation’s Rabbi Bruce Lustig attempted to take the reporter’s recording device and delete the material. The reporter was approached by police and threatened to be escorted out, even though she responded calmly and exited quickly.

But Rabbi Lustig, Abraham  questioned God, so did Moses.  Now you are telling us that reporters aren’t allowed to question Sean Penn?  Hogwash.  I am very sorry for the members of your Congregation that you invited this controversy upon your Synagogue. But then again it should be expected. There is an Old Jewish saying that says, “If you sleep with dogs you are going to get fleas.” Unfortunately it is your congregation that has to scratch.

A video of the incident is below: