An Angry Black Man at the Chicken Market

Liberals are pissed. Obama got obliterated in the debate. Chris Mathews blew a fuse and is still short circuiting. Now liberals want Obama to play the Angry Black Man. Well it didn’t take long for Obama to get angry.

At a stop  at a Chicken Market  in Cleveland, Ohio-Obama asked the owner how business was going?

“Terrible since you got here,” the man said. 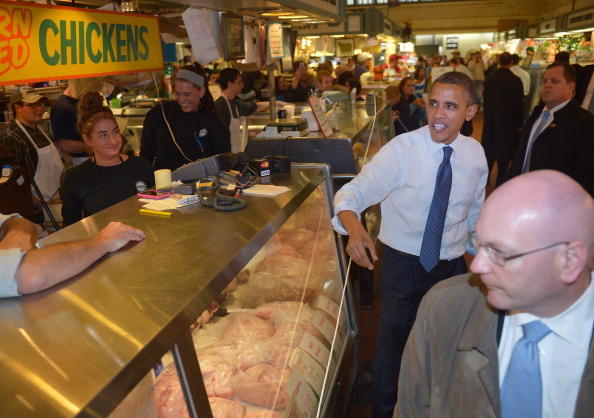 The owner later complained: “I couldn’t sell chicken for an hour. Now I can sell chicken”

We have got to boost GDP numbers. Depressing chicken sales is the wrong approach.