Planned Parenthood doing what they do best....helping anyone who wants to murder a baby to do so! UPDATE!!!

When I say extensive I mean EXTENSIVE

The latest GRIM REAPER caught on tape doing all she can to KILL that baby!

I cannot quite comprehend the deviancies in these people…were they hated as children? do they despise babies?….what is their motivation? It has to be just straight up EVIL… 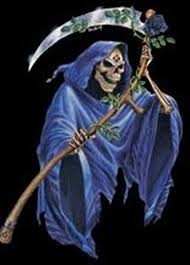 They are quite profitable KILLING….they had over 1 BILLION dollars in 2007!

It pays to be a mercenary just ask Planned Parenthood!

The GRIM REAPER has been suspended SHE SHOULD GO JAIL