When Threats Become a Reality: The Story Behind Iran

When Threats Become a Reality: The Story Behind Iran 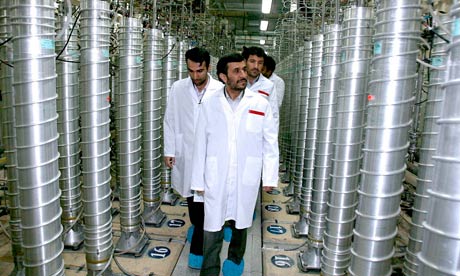 Ignorance is bliss, or at least that’s what we are told. These days, however, ignorance carries a few more consequences than most care to mention.  Since 2005, Iran, under the leadership of President Mahmoud Ahmadinejad, has quickly become the biggest threat to not only the United States, but to the entire world. Their pursuit of nuclear weapons paired with their extreme views and opinions of Western culture have gone largely unnoticed.  In a recent article I wrote on the U.S.-Israel relationship, I touched on the threat that Iran poses to our nation’s strongest ally in the Middle East, Israel. While most people acknowledge Iran as a threat to the Middle East region, we seem to miss the boat when it comes to seeing their views on the United States.

Yes, it is true: America is riddled with its share of problems.  However, given our nation’s history with extremist Middle Eastern nations, it surprises me that the current administration is not a bit more cautious when it comes to dealing with Iran.

Who is Mahmoud Ahmadinejad?

President Ahmadinejad came to power in 2005 and, much to the dismay of the Iranian people, “won” re-election again in 2009.  Ahmadinejad has become not only one of the most controversial leaders in Iran’s history, but one of the most controversial leaders in the world.  He has been quoted as denying the very existence of the Holocaust.  At the 2005 “World without Zionism” conference, he vowed to wipe the Jewish people and land of Israel off the map.  Say what you will about Iran’s aggression towards the United States for “meddling in their business,” but that excuse doesn’t explain Admadenijad’s statements toward Israel.  Iran is aggressive not because the United States is meddling in the business of the Middle East, but because the existence of the U.S. and Israel is antithetical to their existence.

Not only has he made these and other vicious statements against Israel, he has also made similar statements regarding the United States.  In a speech before the UN in 2008, President Ahmadinejad stated, “The American Empire is nearing its end.”  Many Islamic extremists over the years have vowed that it is the “Saturday people first and the Sunday people second.”  The real danger in dealing with Iran is that some refuse to see them as a credible threat.

The above video of President Ahmadinejad addressing the United Nations General Assembly further shows his extreme views of America and Israel.  During this speech, Ahmadinejad claims 9-11 was an inside job created by the U.S. Government to be used as an excuse for the aforementioned “War on Terror” that took place following these events.

As Iran is rapidly pursuing nuclear weapons for Admadenijad’s stated purpose of removing Israel and America from the Earth.  While many acknowledge that they already possess these weapons, some refuse to see the evidence that Iran is not an ally, but an enemy, and possesses nuclear energy for less-that-friendly purposes.

Just this week, an article in the New York Times claimed that Iran has produced a nuclear fuel rod enabling them to continue their program.  It can be ascertained that they found a way around U.N. sanctions, which previously prevented them from purchasing such materials from outside countries.  In fact, Iran has been everything short of humble in their talks regarding their controversial nuclear program.

Islam’s view of Western culture and Christianity is no secret to those who are willing to hear it.  Why is our government still reluctant to take Iran seriously?

Over the last two years, the Obama administration passed multiple sanctions through the House and Senate which many have hoped would be the crippling blow to stop Iran dead in its tracks. However, the sanctions have done nothing to prevent Iran from pursuing nuclear weapons. Instead, they have served as a slap on the wrist of sorts.  With the recent withdrawal of our troops from Iraq, Iran now has an opportunity to regain its influence in the region and further extend its world power.

As we enter the New Year, there are still many unanswered questions regarding what Iran is actually capable of and what our government is doing to protect us.  As I mentioned earlier, Iranian sanctions have failed to accomplish their intended goal, and as we search for a way to disarm Iran, the reality of a worldwide nuclear arms race is swiftly approaching as Iran has already demonstrated.