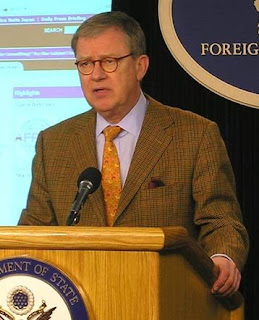 My take on Michael Barone’s latest. His column was published in The Washington Examiner.

Summary: Polling shows Republicans doing better than ever mostly due to opposition to the Democrats.

Nonetheless, what we have here are the makings of an epic party disaster. Whether it comes to pass is still uncertain. But it certainly could.

My Views: Let’s assume that all of the Democrat’s policies are good ones for the moment. I think that Obama’s behavior over the last month will become the classic case of someone stepping on their own brand. Obama and his supporters in party, country, and in the media have spent much effort in developing the image of a careful, non-partisan, and thoughtful political leader. His biggest misstep recently was the Boston speech in the special Senate election where he tried to cast it as between ordinary persons and the “big Wall Street bankers”.

His best (and most quoted) line in the speech was also his worst. “Anybody can buy a pick-up truck but you’ve got to look under the hood.” That last clause was pretty good but it was belied by the first. How many poor voters heard that and thought, “I wish I could buy a pick-up.”

The problem with the speech was not that it wasn’t so very bad but that it was so very ordinary. Virtually any Democrat politician anywhere in the country could have made that speech. They’ve been making variations of that speech for years. Same-o, same-o.

Then there’s the visual image. Why’s he appearing around the country (like in Ohio last week) without the tie? A small thing, true. But the visual, together with the demogogic speeches, and the jarring policies create the wrong impression. To citizens who need reassurance that they’ve got competant, thoughtful leadership (the old Obama brand would have given them that), they’re getting the image of a left-wing radical.

So, what can Obama do (assuming that he does not want to change his policies.)

First, he can put that tie back on and look Presidential. He’s the President of the USA, for crying out loud. There is not more advantageous spot to be in, no matter how unpopular a pol may be. Stop diminishing that advantage and use it!

Third, stop demogoging. This stuff only hurts the Obama brand. – And if you’re going to criticize Supreme Court over-reach, go ahead. But not just when they make Conservative decisions. And be thoughtful in your criticism. His State of the Union speech wasn’t thoughtful at all.

Fourth, he’s just got to answer the public’s concerns about his policies. Meaningfully answer, not clever evasions.

This last point is probably the one that spoils everything I wrote above. For if he cannot meaningfully address the concerns, then maybe he should just face the fact that his policies are just all wrong. Go back to demogoging becasue that’s all he has left.

Once, while flipping through tv channels, I stopped at C-Span when I heard someone say something like, “The most discriminated-against group in America today are Right-Wing Christians. The Press doesn’t understand them and what little they do understand of them, they don’t like.” The moderator of the panel discussion quickly cut him off and said something about getting back to the topic of discussion which was discrimination in the newsroom. Another panelist began speaking, saying the things you would expect and I turned the channel. But before doing that, I marked down Michael Barone as a man I would watch in the future.

He has written a remarkable series of books.